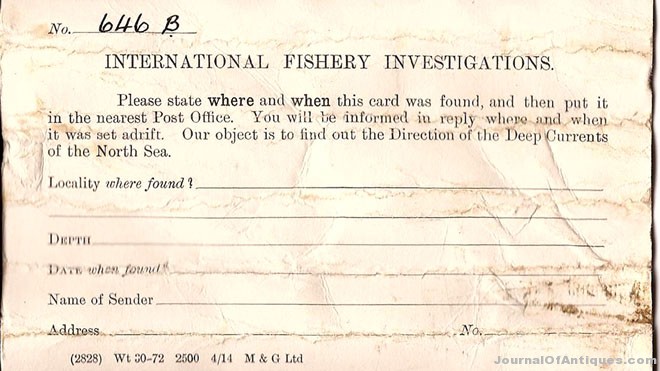 This undated photo made available Thursday Aug. 30, 2012, by the Scottish Government, shows the message in a bottle discovered by fisherman Andrew Leaper, which set a new world record for the length of time spent at sea, beating the previous record by more than five years. The bottle was cast into the sea in 1914 as part of a government experiment to map the undercurrents of the seas around Scotland, and it has turned up nearly 98-years later in a net during a fishing mission east of the Shetland Islands. The message in this bottle took nearly 98-years to travel a few miles and be fished out of the sea near an island off Scotland’s northern coast. (AP Photo/Scottish Government, HO) EDITORIAL USE ONLY