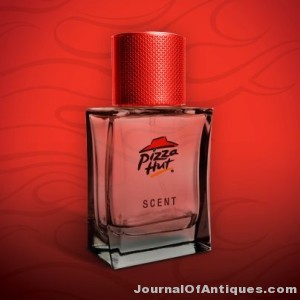 Pizza Hut – no stranger to unusual marketing strategies in the name of increased sales – has created a limited-edition perfume (unnamed) that reportedly smells like freshly baked dough with a little bit of spice mixed in. It started as a joke on the Pizza Hut Facebook page, but so many people signed up as fans the firm decided to produce the real thing. The first 100,000 people who direct-messaged Pizza Hut via Facebook got a bottle of the stuff, and it was gone in a hurry. There are currently no plans to produce more.