Ken’s Korner: Billionaire donates music manuscripts – The Journal of Antiques and Collectibles – May 2006 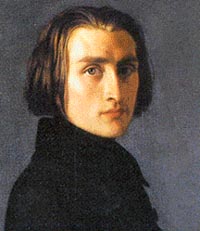 Bruce Kovner – a billionaire hedge fund manager and amateur pianist — has, over the past dozen years, quietly amassed a substantial collection of precious music manuscripts. He said he began collecting them when he noticed a spate of manuscripts on the auction market for relatively low prices (but still gaveling for more than $1 million in most cases). Now, Mr. Kovner has shocked the music and academic world by donating his entire collection to the Julliard School in New York.
The gift consists of 139 items, including autograph scores, sketches, author’s proofs and first-editions of major works by Brahms, Schumann, Schubert, Beethoven, Chopin, Stravinksy, Bach, Franz Liszt (shown), Mozart and other masters of classical music. The collection is so large Julliard is building a special room for it all. Mr. Kovner founded and runs Caxton Associates in New York. He is also vice chairman of Lincoln Center. His hedge fund family has $10.8 billion under management.
[amazon_carousel widget_type=”SearchAndAdd” width=”550″ height=”200″ title=”Classical music:” market_place=”US” shuffle_products=”False” show_border=”False” keywords=”Classical” browse_node=”” search_index=”Classical” /]