Ken’s Korner: Thieves make off with Jerry Garcia’s…toilet? – The Journal of Antiques and Collectibles – June 2006 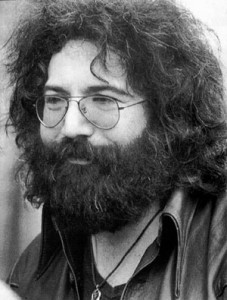 Police are unsure if it was taken by a diehard Deadhead or just someone looking to remodel a bathroom, but somebody has stolen a salmon-colored toilet that once belonged to Grateful Dead leader Jerry Garcia. The commode was swiped from a driveway in Sonoma, Calif., along with three other toilets and a bidet. Garcia’s toilet was awaiting shipment to the Canadian-based online casino Goldenpalace.com, which purchased it for $2,550. A $250 reward has been offered for its return.
The toilet was the subject of a legal battle prior to its arrival in Sonoma. It all began in 1997, when Henry Koltys bought Garcia’s home in Marin County, Calif., for $1.39 million. Koltys removed the toilet and other objects that he planned to sell to raise money for a charity. But when he sold the house to a friend of the Grateful Dead’s, the new owner sued to block the auction. Koltys moved the items to his home in Sonoma while the case was being resolved. That’s when the toilet got stolen.
[amazon_carousel widget_type=”SearchAndAdd” width=”550″ height=”200″ title=”Music by the Grateful Dead:” market_place=”US” shuffle_products=”False” show_border=”False” keywords=”Grateful Dead” browse_node=”” search_index=”Music” /]

Ken's Korner: Tests are planned for Joan of Arc’s remains