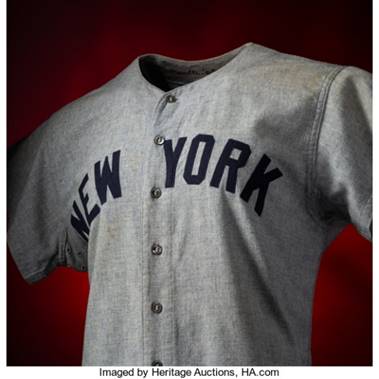 Record-shattering Mickey Mantle Jersey Stuns Hobby in $8.6 Million Heritage Sports Platinum Night Auction DALLAS, Texas (August 20, 2018) – Over a half century after Mickey Mantle established the World Series home run record with his 17th and 18th in the 1964 World Series, the jersey he wore as he launched those long balls set a record of […]

END_OF_DOCUMENT_TOKEN_TO_BE_REPLACED
Due to Current Circumstances