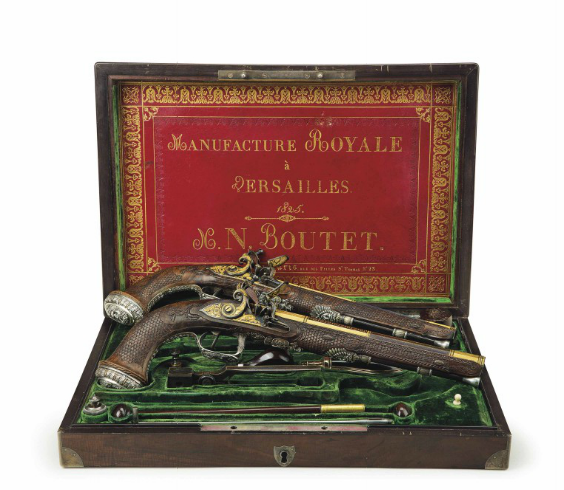 Results of Recent Auctions From Near and Far by Ken Hall A pair of cased French silver-mounted rifled flintlock pistols, by Nicolas-Noel Boutet of Versailles, with the case dated 1825, sold for $1.8 million at an auction held April 13 as part of Classic Week at Christie’s in New York. Also, an oil on canvas […]