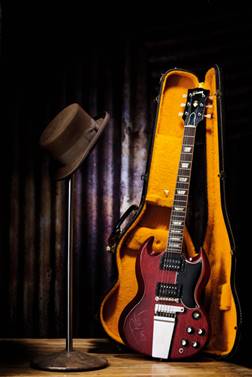 Tom Petty’s personally owned 1965 Gibson SG Cherry Electric Guitar and iconic Top Hat, which he played and wore during his smash tour with Bob Dylan, make their auction debut July 21 at Heritage Auctions. The guitar is the first instrument owned by Petty to be offered at auction since the singer/songwriter’s death last year […]

END_OF_DOCUMENT_TOKEN_TO_BE_REPLACED
Due to Current Circumstances