Results of Recent Auctions From Around the World by Ken Hall A home uniform worn by basketball legend Wilt Chamberlain during the 1961-62 NBA season, when he was a member of the Philadelphia Warriors, sold for $130,054 at a Summer Games Auction held June 24 by Grey Flannel Auctions in Westhampton, N.Y. Also, a circa-1960 […]

END_OF_DOCUMENT_TOKEN_TO_BE_REPLACED 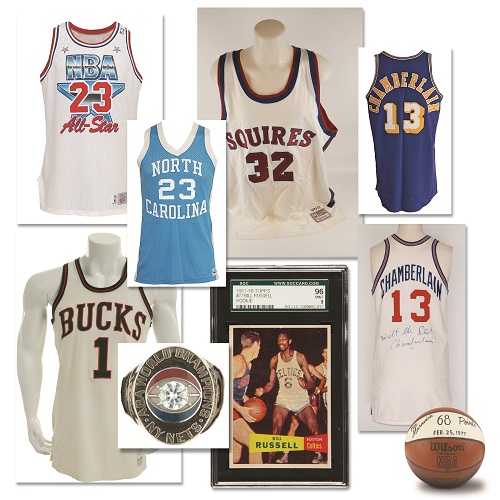 Collecting with Jeff By Jeff Figler The National Basketball Association is the youngest of the major professional sports leagues of baseball, football, and hockey, having been formed in 1946. In fact, a highly valuable lithograph was issued in 1996, which commemorated the fiftieth anniversary of the NBA. Of course, many of today’s players, such as […]