By Deborah Abernethy and Mike McLeod

These examples show that eBay has quite a following in the collector marketplace. It sometimes is an auction environment, and sometimes, it is more of a retail market. These examples are unusual for their collecting area. 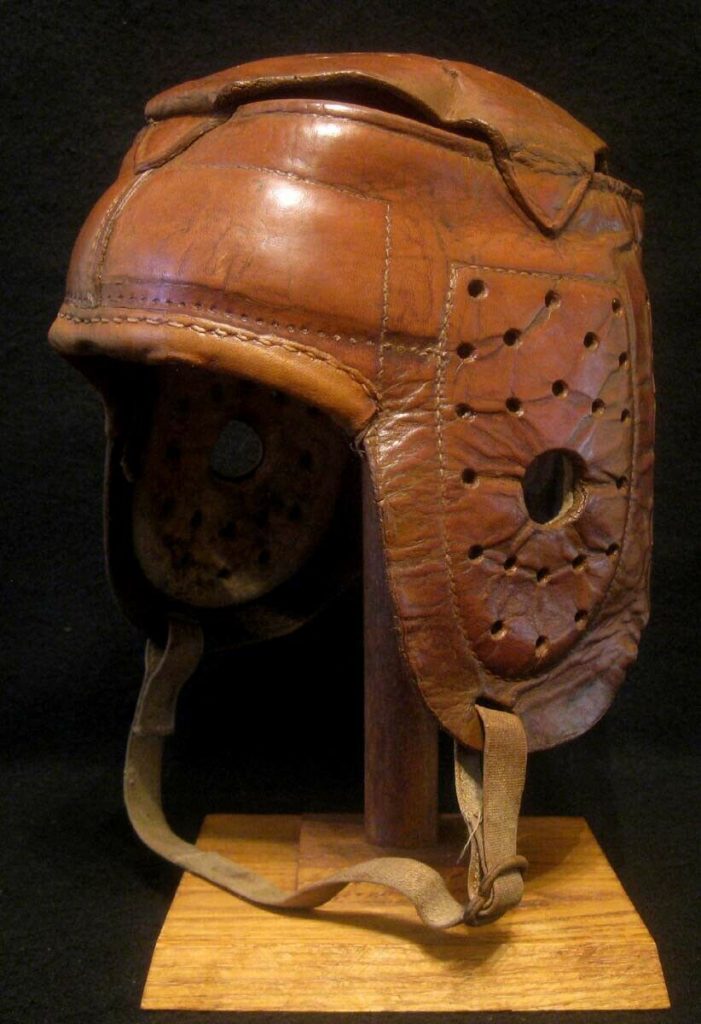 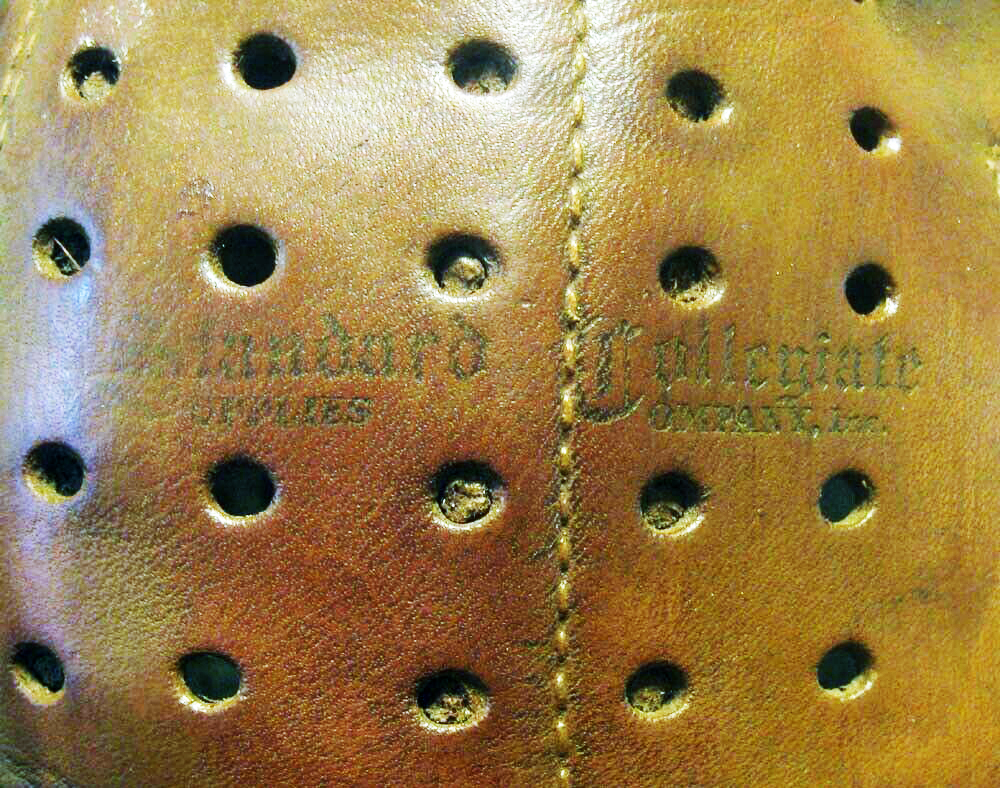 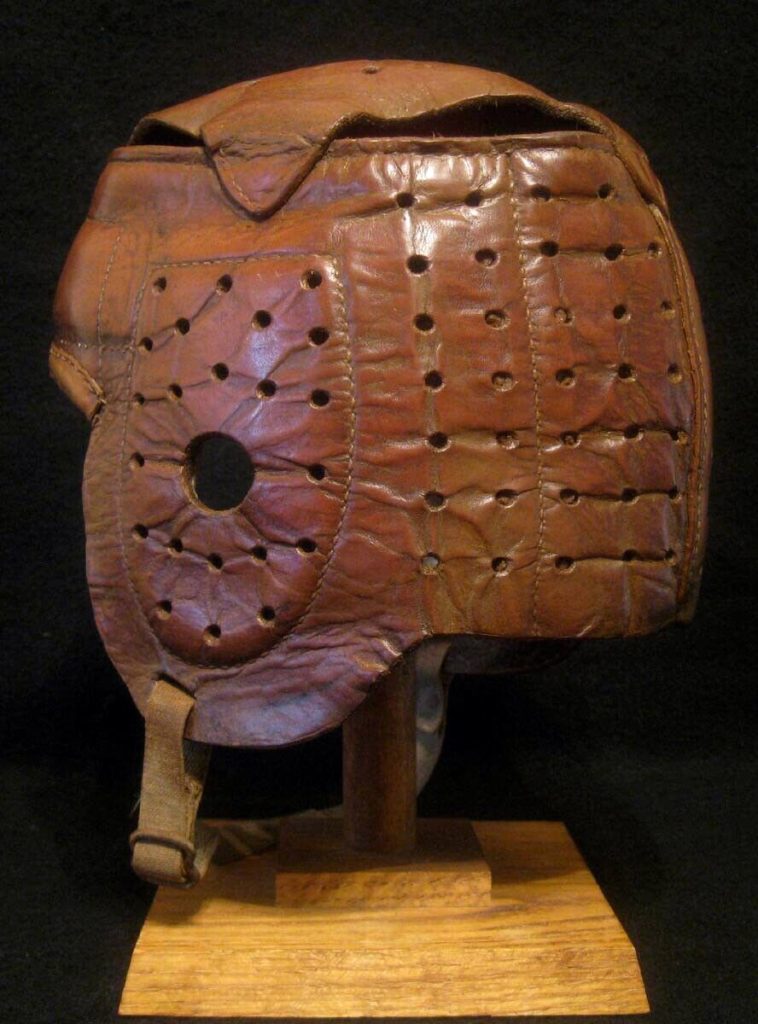 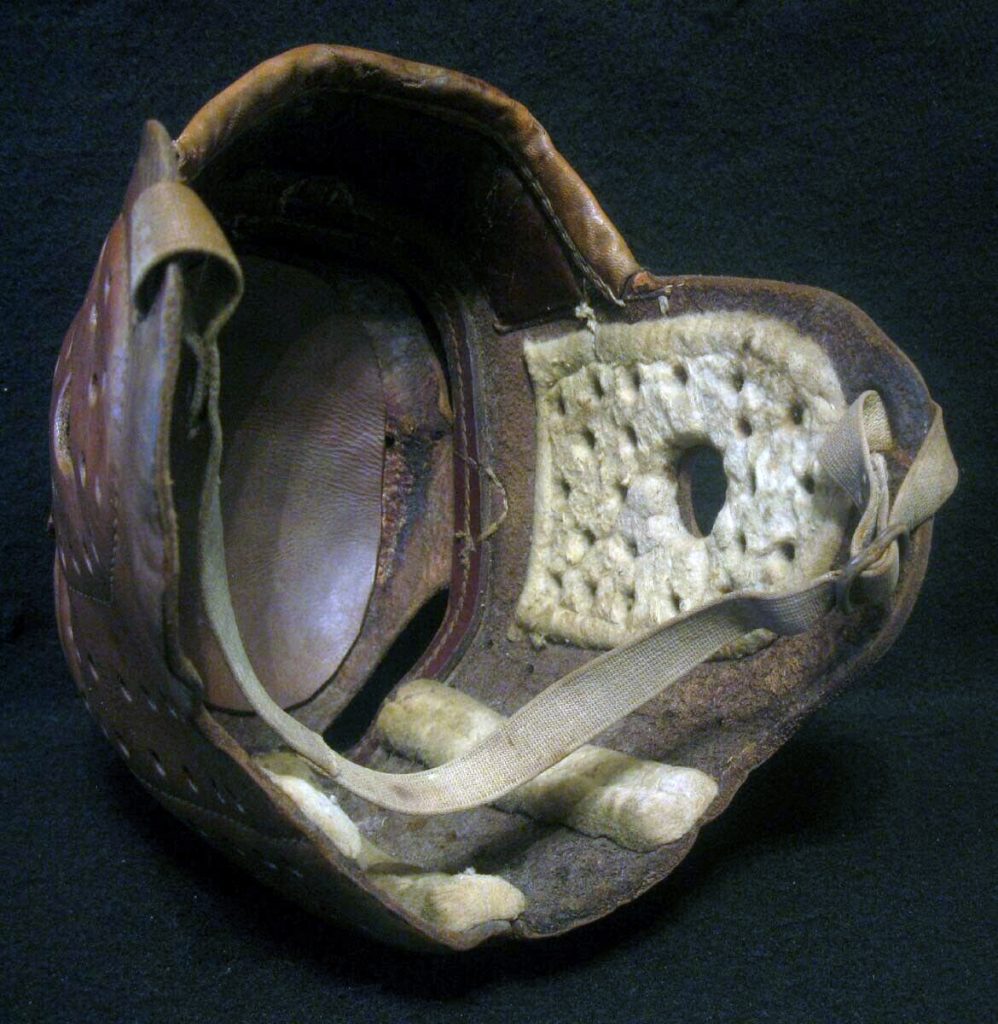 $3,168 (32 bids, 10 bidders): Awesome Old Antique 1915-1920 Standard Princeton Style Leather Football Helmet. Wow! Up on the auction block is a fantastic circa 1915-1920 Standard Supplies Princeton-style leather football helmet. This is the first and only Standard Supplies football helmet we have ever seen. It is a very rare bird! The Princeton-style helmets were named after Princeton University where they were made popular. As the photos show, this helmet is in excellent condition. Only very light signs of use and no major damage. It is soft and supple and still very strong. The patina is 100% worn original. No dyes, colored polishes, or coloring of any kind used. Check out all the ventilation holes on this beast. How cool is that? Makes it look like a gladiator helmet.

The Standard Supplies Collegiate maker’s mark is on the back right of the helmet. The size is not marked on the helmet. We would guess it to be around a size 7 1/4 to 7 1/2. When are you going to see another one of these? (Photos courtesy of eBay seller hammersportsrelics.)

DBA: The seller got a deal. While this is an extremely nice helmet, I could find many similar-sized examples for $100. I think that the word out is that eBay is the place to sell prime examples in almost any category of collectibles. 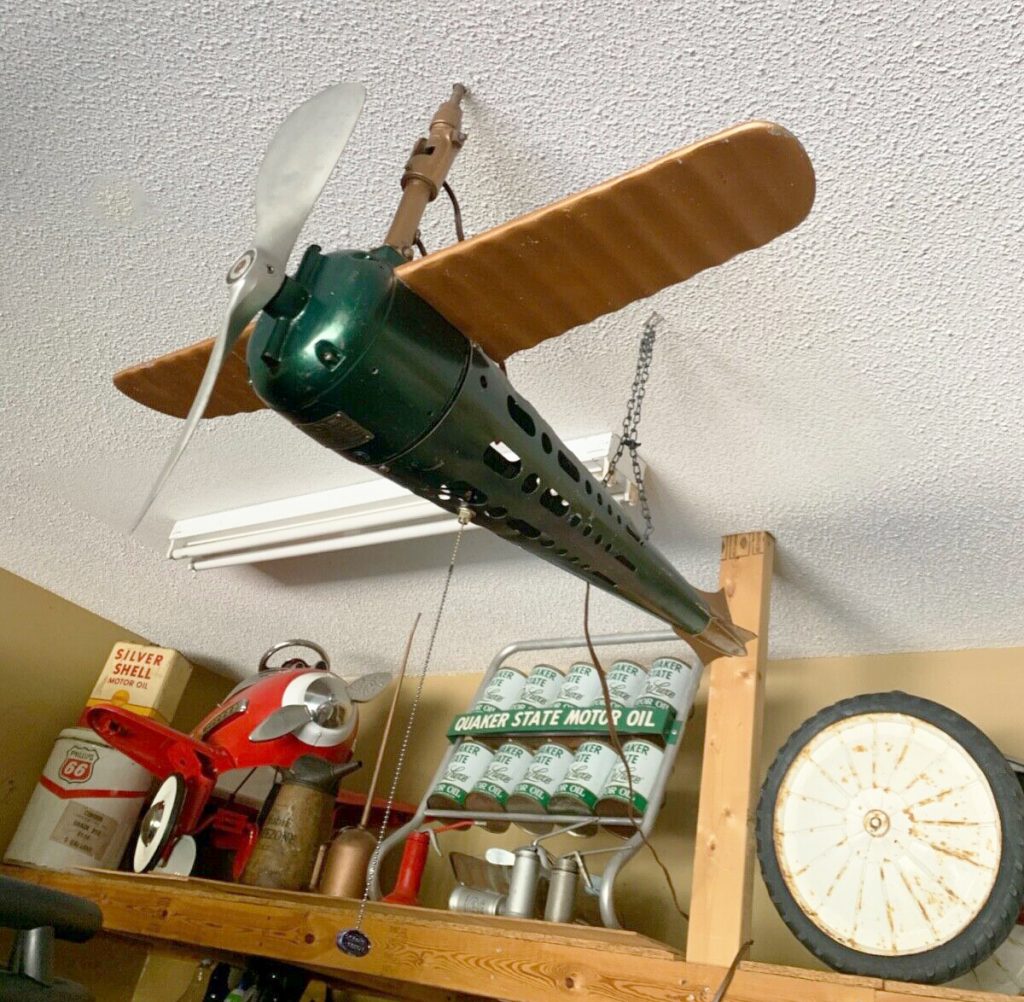 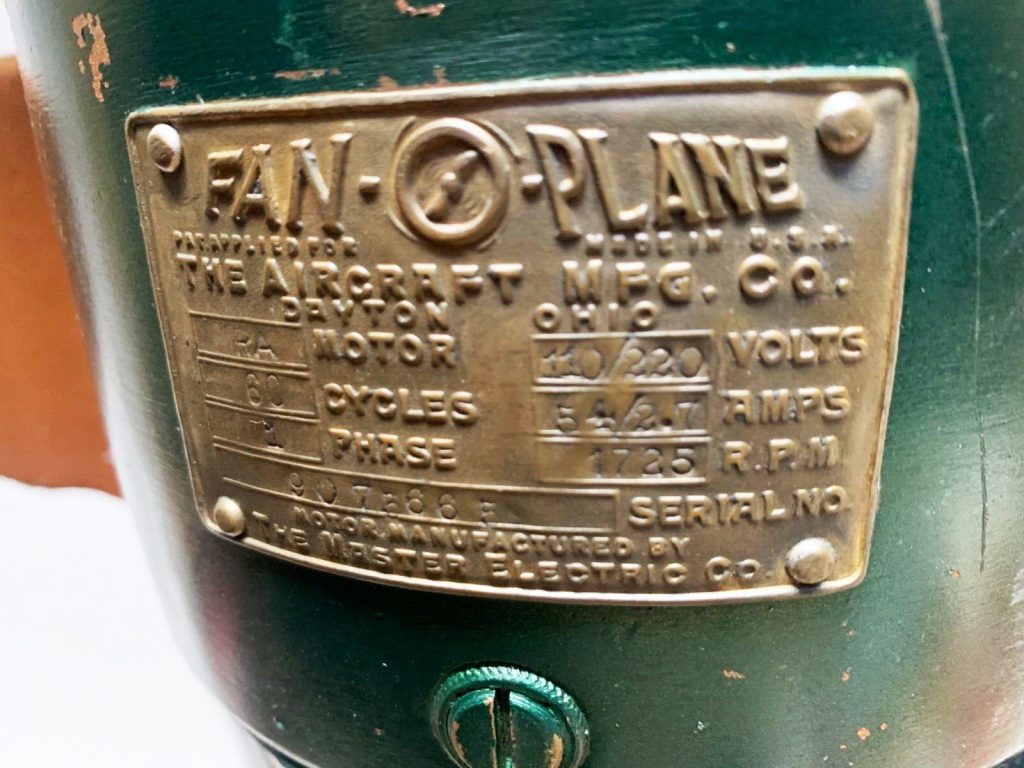 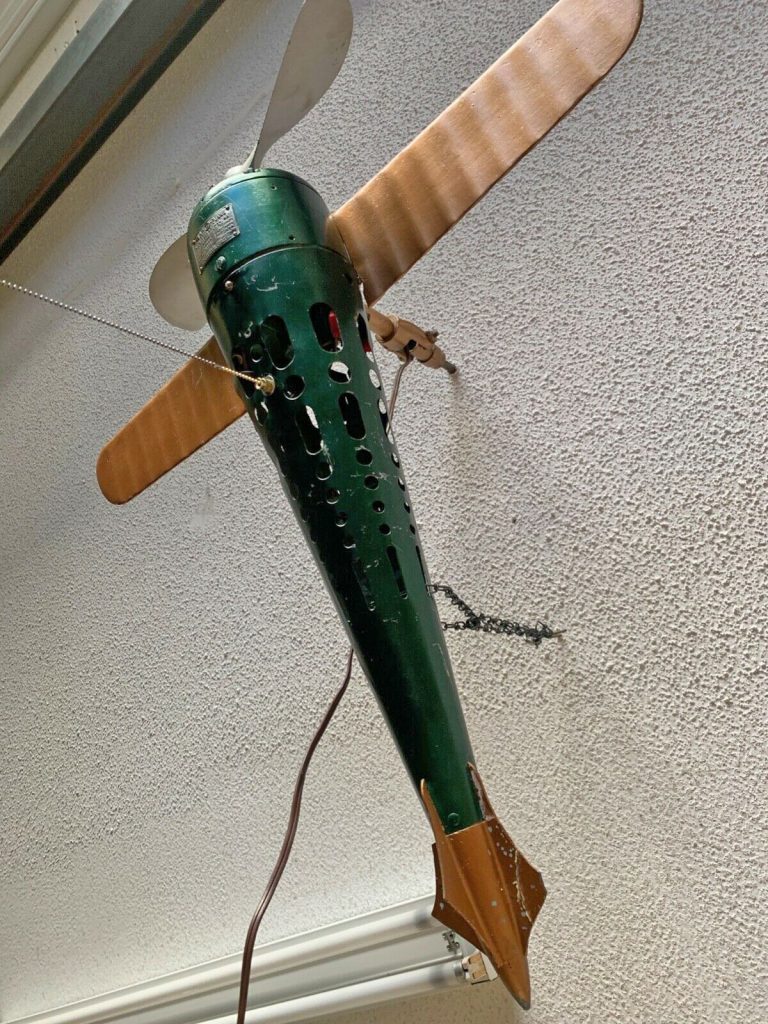 DBA: The seller is the one who got the deal here. While I did not find an exact model selling, I did find similar ones selling at auction for much less. 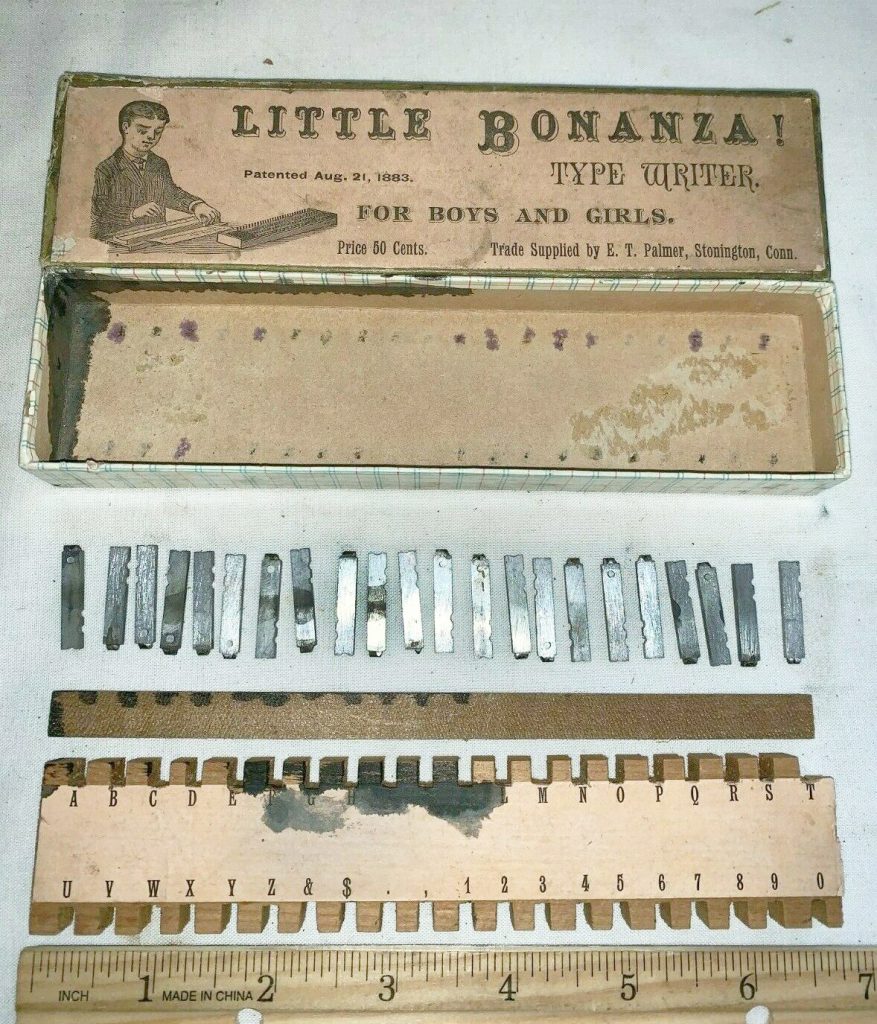 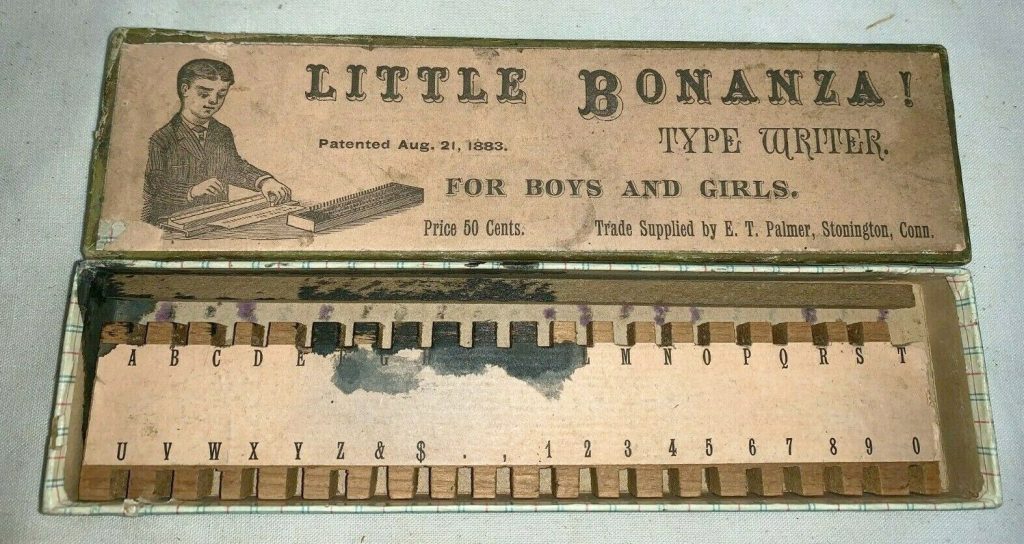 $2,750 (17 bids, 7 bidders): Antique Little Bonanza Typewriter 1883, Toy in Box, Vintage Victoria Typewriter. Patented Aug. 21, 1883 typewriter for boys and girls/price 50 cents/trade supplied by E.T. Palmer, Stonington, Connecticut. Just when you thought you had seen all the toy typewriters, this crazy little toy gadget comes along. Love the graphics! The box is very nice with a couple of corner seams separated and minor age darkening. There is some staining inside the box and on a couple of pieces. There may be some letters/numbers missing. (Photos courtesy of eBay seller hat-trick.)

DBA: A common theory about toys is that the retired segment of the population drives the market and people buy the toys they remember from their childhood. And those collectors pay prime dollar for those toys, and the prices just do not tend to increase. I don’t think that this example meets that definition. 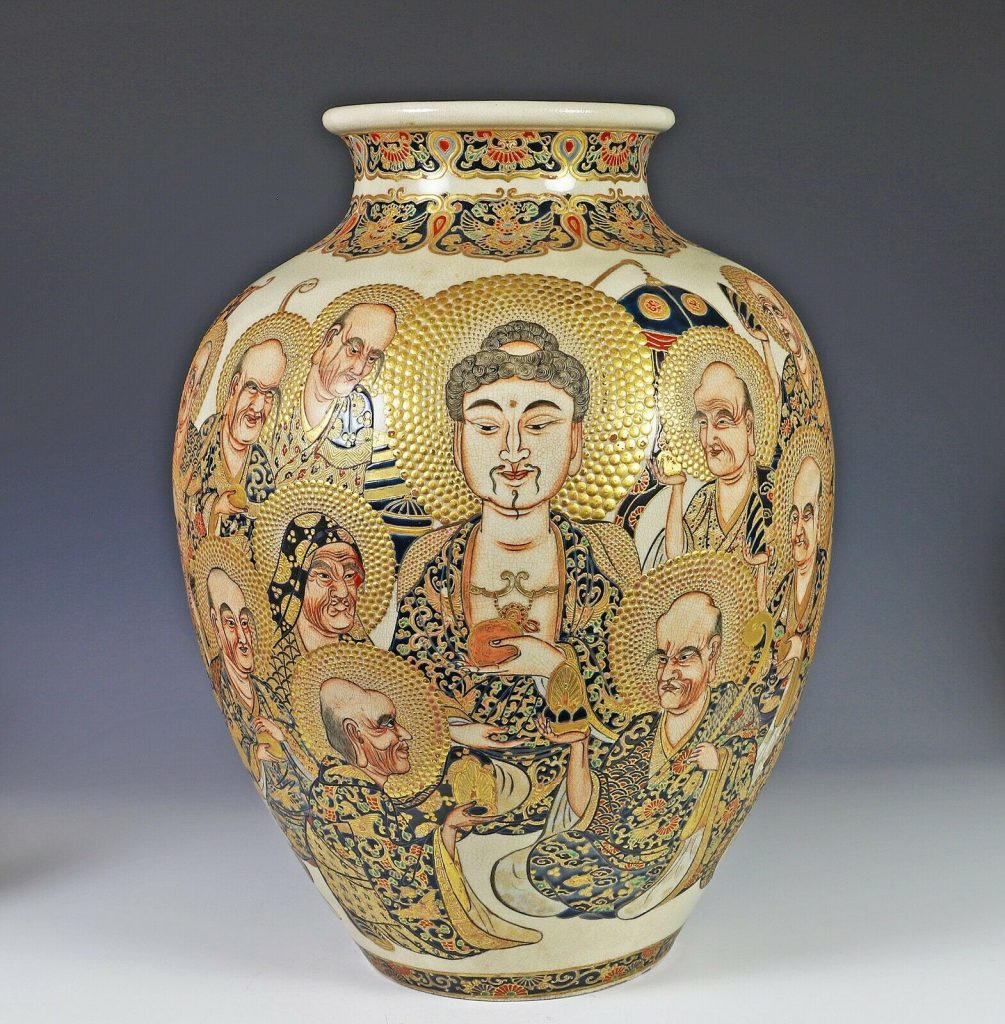 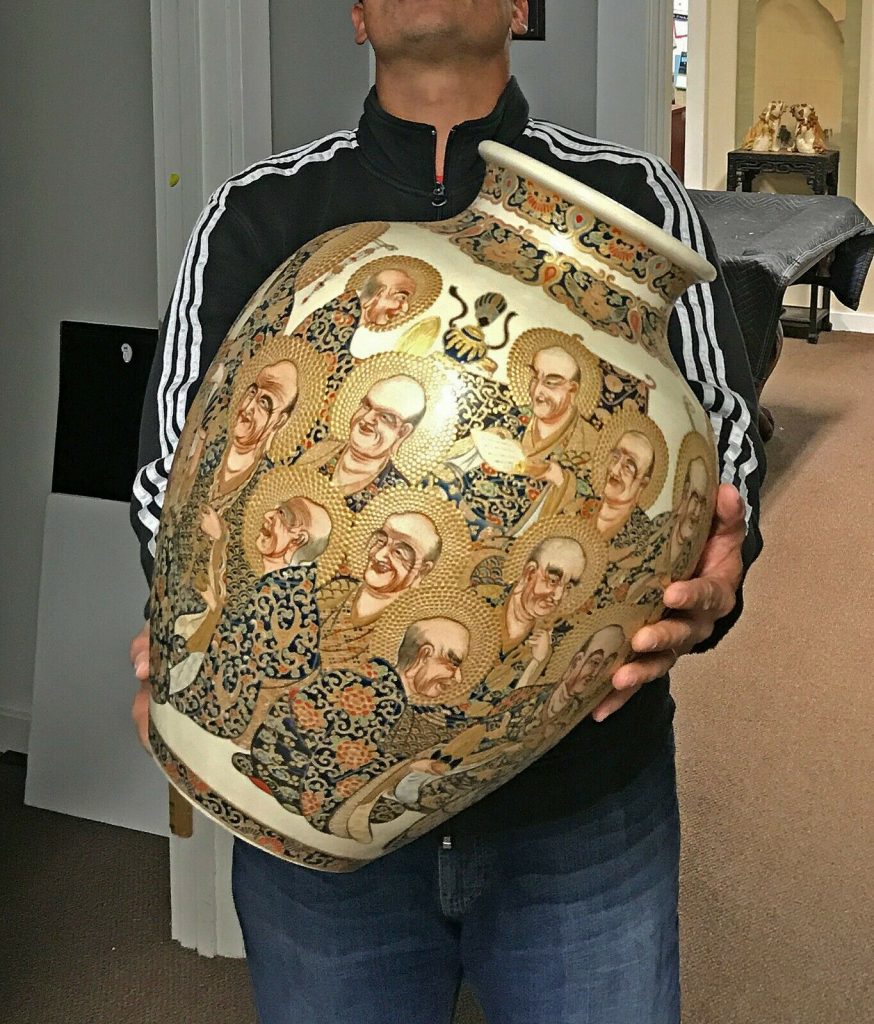 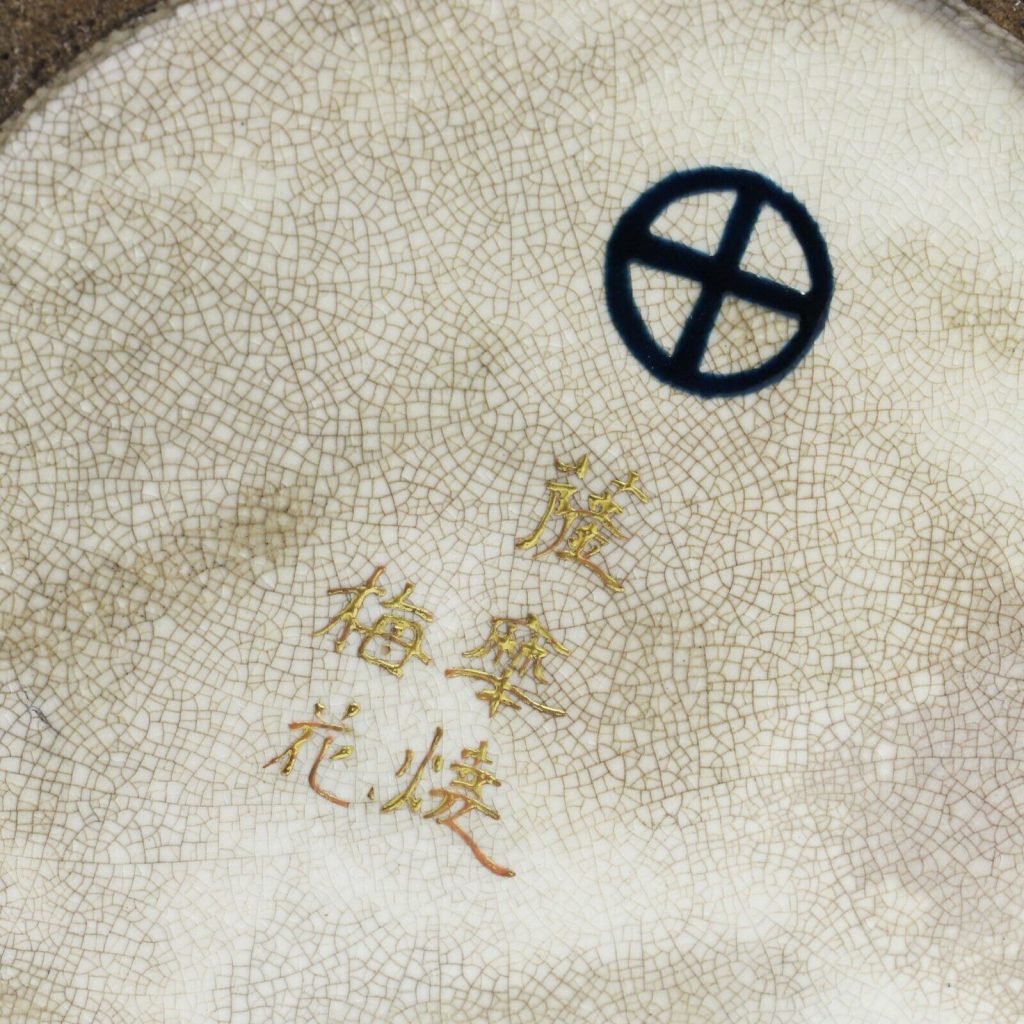 $6,666 (56 bids, 14 bids): Massive Antique Japanese Satsuma Pottery Vase with Figures and Gosu Blue – 19th century. This listing is for a massive and superbly painted Japanese Satsuma pottery vase dating to the 19th century, Meiji period. The vase with a detailed design of various figures around the body with many holding various objects. It is heavily accented with raised gilt and colorful enamels including gosu blue. The vase stands 18.5 inches tall and is in very good condition with no damages. (Photos courtesy of eBay seller juice1499.)

DBA: Satsuma has really increased in price in recent years. This is more like a retail price than an auction price. Larger vases are much harder to successfully fire, and the prices reflect this.

The Football Helmet: A Protective Tool on the Field