This two-day auction, the first of two sales events featuring selections from the Robert Newman collection, includes a remarkable offering of world-class Coca-Cola brand posters, signage, paintings, clocks, and other one-of-a-kind rarities.
Morphy Auctions, the finest auction destination for fresh to the market collections, is excited to announce this can’t miss sale to be held on May 21st and 22nd, 2016 starting at 9:00 am. The Newman collection has a well-deserved reputation for its outstanding size, scope, and condition. All items from this sale are on display in Morphy’s Denver, PA auction gallery and available for preview now.
Collectors looking for absolutely one of a kind Coca-Cola brand rarities need to look no farther than this auction.  The celebrity of this sale would have to be lot #205, an original oil painting featuring radio stars Edgar Bergen and Charlie McCarthy checking out a cooler full of Coca-Cola from 1949.  This exact artwork was used in numerous company advertisements and also prominently featured on the back cover of an issue of National Geographic in 1950.  This remarkable painting –  attributed to Haddon Sundblum, who also created the chubby, grandfatherly Santa Claus as we know him today – is estimated at $40,000-75,000.  Another sterling selection is lot #552, a 1930’s-era silver Coca-Cola display bottle. This piece, made especially for a company executive who supervised the construction of the ocean-liner inspired Coca-Cola bottling plant in Los Angeles, is estimated at $25,000-50,000.
This auction’s selection of fine Coca-Cola posters is certainly the real thing.  It’s easy to take flight with lot #662, a Coca-Cola aviator girl poster from 1941 with strong, deep colors.  This example, one of the most desirable and hardest to find posters Coca-Cola ever produced, is estimated at $2,000-3,500.  Collectors may get bent out of shape over lot #49 – a rare poster from 1910-1915 featuring a straight sided Coca-Cola bottle – which is estimated at $3,500-4,500.  And lot #615, a stunning Coca-Cola sailor girl poster from 1936, is certain to generate a boatload of interest.  This wonderfully litho’ed print, estimated at $4,000-6,000, is finished with a light coat of silver glitter, which adds even more appeal to this already sparkling piece.
Collectors will certainly want to catch the wave of fine beverage signage on offer at this sale.  Lot #826, a fabulous 1941 Pepsi-Cola tin sign with bright, bold, and beautiful colors, is estimated at $1,600-2,700.  It’s easy to do a double-take over lot #473, a Coca-Cola two-sided porcelain sidewalk sign from 1936.  This cutout style example in outstanding condition is estimated at $2,500-3,500.  And lot #557, a1930’s Coca-Cola Brunhoff lighted counter sign, should have bidders all aglow, and for good reason.  This example is estimated at $7,000-10,000 and is described by our experts as, “a bright and clean example and with the strongest original bottom glass panel that we can remember seeing, much less ever selling.”
This auction also offers a smokin’ selection of tobacco related advertising rarities from the Newman collection.  Lot #1154, a Recruit Cigars porcelain sign from 1915-1920 with great colors, lights things up with its $1,400-2,250 estimate.  And size defies with lot #1136, an 8-1/2″ x 4″ Recruit Cigars porcelain door push from 1915-1925.  This incredibly rare sign in nearly perfect condition makes a grand entrance with its $2,500-3,500 estimate.
Lamps, cutouts, salesman’s samples, thermometers, displays, and other soda related advertising specialties – including lot #973, an Orange Crush dispenser estimated at $5,000-9,000 and made in 1933 for the Chicago World’s Fair – provide refreshing variety to this two day sales event.
According to Dan Morphy, President of Morphy Auctions, “We are thrilled to present this first of two auctions featuring the Robert Newman collection of extraordinary antique beverage and tobacco advertising 45 years in the making.   The quality of the items in this sale is truly in a class onto itself.  Bob is known for his fantastic eye and his ability to find examples in “investment quality” condition.  And our cataloger, Gary Metz – one of the nation’s most recognized experts on antique and vintage Coca-Cola memorabilia – could not agree more!  Look for more selections from the Newman collection in our upcoming June 5th, 2016 Antiques, Advertising, and Figural Cast Iron sales event.”
About Morphy Auctions:
Morphy Auctions, the finest auction destination for fresh to the market collectibles, is headquartered in Denver, Pennsylvania. The company also has an office in Las Vegas, Nevada.  A full service auction house, the company presents over 30 premier auctions annually, as well as monthly discovery sales. Morphy’s team of specialists includes the nation’s finest and most recognized experts in popular collecting categories including advertising; firearms; fine automobiles, automobilia and petroliana; coin-operated machines; antiques, fine, and decorative art; dolls, bears, toys, and trains; cast iron; coins; marbles; and jewelry.  Morphy Auctions is owned by President and Founder Dan Morphy, himself a lifelong and passionate collector of antiques, banks, and numerous other categories.  Morphy’s has been in business since 2004 and has grown from two to over 65 employees in over a decade.
Morphy Auctions is located at 2000 North Reading Road, Denver, PA 17517.   We can be reached by phone at 717-335-3435, by fax at 717-336-7115, and by email at info@morphyauctions.com.  Morphy Auctions is open seven days a week from 9:00 am to 4:00 pm.  For more information on Morphy’s, please visit www.MorphyAuctions.com. 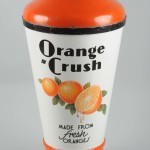 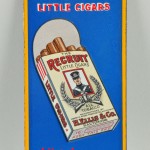 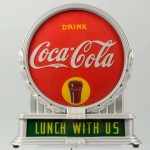