News and Views from the World of Antiquing and Collecting
By Ken Hall
The city of Irving, Texas, is restoring the home that Lee Harvey Oswald slept in the night before he assassinated President Kennedy in 1963. The plan is to turn the house into a museum after a $100,000 effort is completed, one designed to return the modest structure to its 1963 look, both inside and out. Oswald usually stayed in a rented room in Dallas during the week and visited his estranged wife and children on the weekend in Irving. But on that day, Oswald spent Thursday night in the Irving home owned by Ruth Paine. 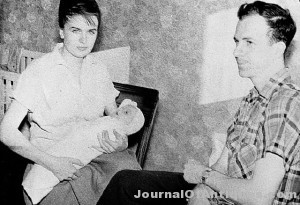 Meanwhile, the city of Dallas tore down the ten-unit apartment building where Oswald lived just a few months prior to the assassination. The building, constructed in 1925, had been declared a nuisance and was both dilapidated and uninhabited. It was one of several residences Oswald lived in after returning to the U.S. from Russia in June 1962. He lived in the apartment from November 1962 to March 1963, eight months before killing the President. The apartment was referred to in the Warren Commission report.