To Buy or Not to Buy, That is the Question 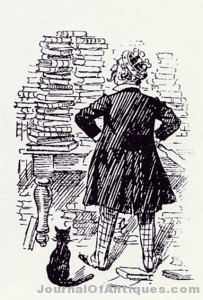 Selling from the Comfort of Your Own Home