Gavels n Paddles
Recent Auction Results from Near and Far 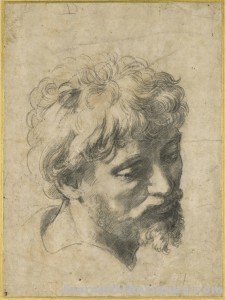 A black chalk drawing by the Renaissance Master Rafaello Sanzio (better known as Raphael), titled Head of a Young Apostle, sold for $47.9 million at an Old Master & British Paintings Evening Sale held December 5 by Sotheby’s in London, England. It was a new record for the artist at auction. Also, an oil on oak panel by Jan Steen, titled Prayer Before the Meal, realized $9.1 million (also a new record for the artist at auction); and an oil on canvas by Bernardo Bellotto, titled Venice: The Grand Canal, hit $5.3 million. Prices include a 12 percent buyer’s premium.