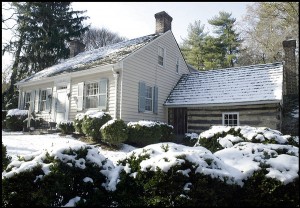 The state of Maryland has paid $1 million for the deed to a home and former slave’s cabin in Rockville, Md. The cabin was once the home of Josiah Henson, whose story was the inspiration for Harriet Beecher Stowe’s classic book, “[amazon_link id=”0486440281″ target=”_blank” container=”” container_class=”” ]Uncle Tom’s Cabin[/amazon_link].” Stowe based parts of her book on the experiences Henson described in his 1849 autobiography, “[amazon_link id=”1247671291″ target=”_blank” container=”” container_class=”” ]The Life of Josiah Henson, Formerly a Slave[/amazon_link].” Maryland reports it may establish the three-bedroom, wood-frame house as an historical site.