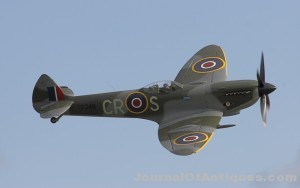 A World War II-era British Spitfire MkXVI fighter plane that hadn’t been flown in nearly 60 years has been restored back to airworthy status by a team of technicians working in their spare time. The men are from the Battle of Britain Memorial Flight (BBMF) and the restoration took a full 11 years – just in time for the 70th anniversary of the famous 1943 ‘Dambusters’ raid on German dams. The plane, a rare “low back” model, is now one of just 51 airworthy Spitfires in the world. It had been displayed outside an RAF base.