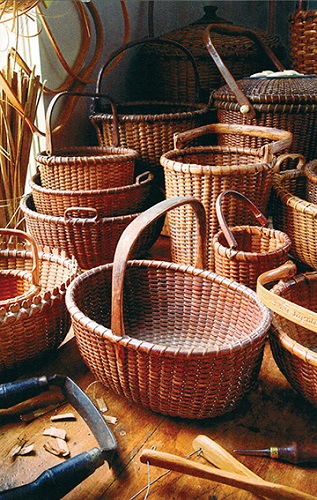 By Erica Lome Basket making is one of the earliest and most prevalent forms of folk art in the United States. First developed by Native Americans and later adopted by early colonists and settlers, baskets have a long history as both utilitarian objects and highly decorative art forms made for both domestic and commercial purposes. […]

END_OF_DOCUMENT_TOKEN_TO_BE_REPLACED
Due to Current Circumstances