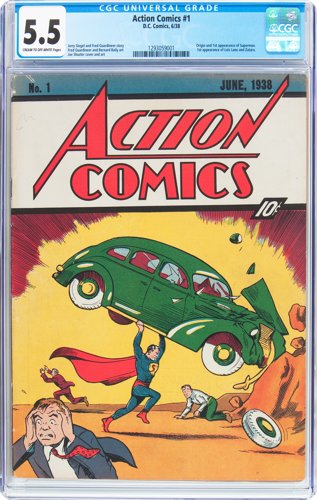 DALLAS –  An unrestored copy of Action Comics #1 – featuring the first appearance of Superman and considered a cornerstone of pop culture – could sell for as much as $750,000 in Heritage Auctions’ Comics & Comic Art Auction Aug. 4-6 in Dallas. “It’s pretty tough to beat this in the comic world,” said Lon […]