As we’ve mentioned previously in this space, The Overstreet Comic Book Price Guide celebrates its 50th anniversary this year. If you’ve been collecting in virtually any niche, you know that a price guide spanning five decades is rare and one doing it with the same author is rarer still.

But that’s precisely where the Guide finds itself in 2020. Robert M. Overstreet first published his price guide in 1970. Action Comics #1, the first appearance of Superman, listed for $300 in Mint. The highest documented sale for that issue has been $3.2 million for 9.0 (Very Fine/Near Mint) copy.

There wasn’t a single comic in four figures in that first Guide. Detective Comics #27, the first appearance of Batman, went for $275, the next highest top price next to Action Comics #1. 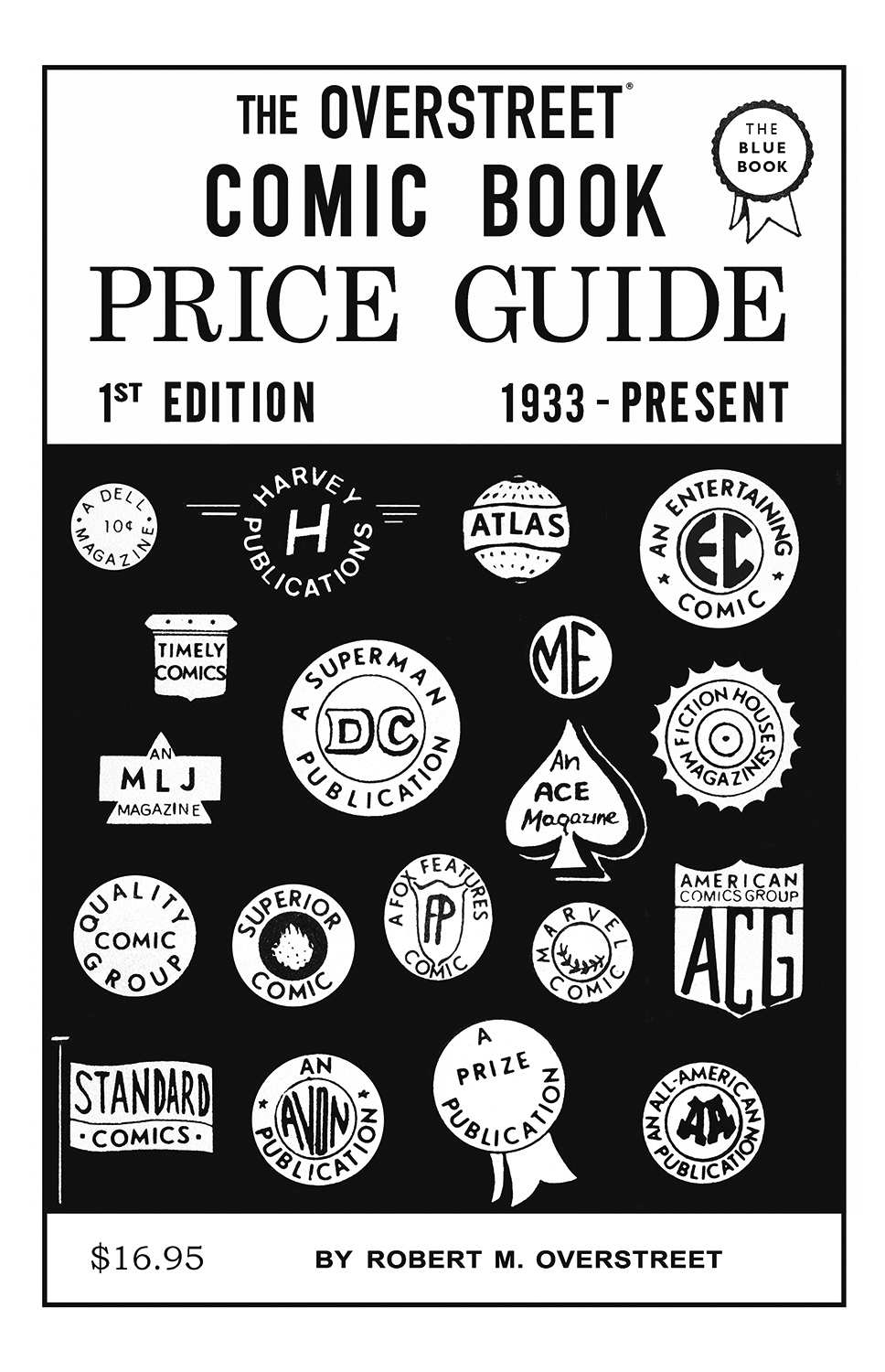 Gemstone Publishing will release a facsimile edition of The Overstreet Comic Book Price Guide #1 (1970) on April 1 as part of the book’s golden anniversary.

Much has changed in those 50 years.

“I can’t believe it’s been five decades already! Time really does fly. It seems just yesterday that I was looking out at the stars and thinking about where my career would take me. I thought that when I grew up I wanted to be an astronomer. I never thought of anything else,” Overstreet said.

“I was always out late at night with the telescope. Later, I got a camera and learned how to take pictures through the telescope. Some of these pictures were actually published in an astronomy magazine back in the ’60s. I didn’t know the pictures had been published. A local person called me and asked me if I was the Bob Overstreet that took the pictures he had seen in this book he bought. That was the first I had heard of it, so I ran to the bookstore, found the book, and there were my pictures. I had sent photos to the telescope company, and they had published them to help promote their product!” he said.

That experience in being published was followed by a job at the Bowater Paper Company, one of the largest employers in his area and one of the biggest paper plants in the country. When they ran an ad for a statistician, Overstreet applied and got the gig.

“The Guide was launched while I was there,” he said.

“There wasn’t one exact moment in time where I decided to create the Comic Book Price Guide. But after years of meeting other collectors both in my area and around the country, we had all realized that we needed a price guide for comic books. I didn’t know if comics would ever become a valued collectible like coins already were at that time. But the market was taking off in the ’60s, and prices were rising rapidly,” he said.

On his own, he started putting together pages of what a price guide might look like, and what kind of content would go into it. He showed it to a bunch of other dealers and collectors, trying to get people interested. As much as he knew that the hobby needed a price guide, he wasn’t at all certain that he’d be the one doing it.

“I kept typing up information for people – but no one else wanted to do a price guide! It was too much work. ‘Why don’t you do it?’ they asked me. Well, I finally ended up doing it. And here, 50 years later, I’m still at it. Can you believe it?”

Although I’ve only been officially involved with the Guide for half its life–I joined Gemstone Publishing in 1995, just a few months after Steve Geppi acquired Overstreet Publications–this golden anniversary has been something to which everyone on the staff has been looking forward.

If that $300 price for Action Comics #1 or the $275 for Detective Comics #27 sounds appealing to you, consider checking out The Overstreet Comic Book Price Guide #1 Facsimile Edition, due in comic shops on April 1. This detailed, faithful reproduction of the first price guide has all of the prices, articles, and ads from the original.

As mentioned in this space recently, copies of the first printing 1970 original have sold for as high as $9,000, so this $16.95 softcover reproduction is definitely more accessible. There is a limited edition hardcover and an even more limited signed, numbered edition. In addition to comic shops, they can be found on Gemstone Publishing’s site gemstonepub.com.

The Babe Still Has It

Babe Ruth memorabilia routinely sets records and grabs headlines when it is offered at auction. The bat he used to hit the first home run at Yankee Stadium in 1923 sold for almost $1.3 million. Earlier in 2019, Ruth’s New York Yankees jersey from 1928-1930 sold for $5.64 million.

On December 14, 2019, SCP Auctions sold the bat the Great Bambino used to hit his 500th home run for over $1 million. That milestone home run was hit on August 11, 1929, at League Park in Cleveland, Ohio, and it made Ruth the first Major League Baseball player to hit that many career homers. He autographed the bat and gave it to former Suffern, New York mayor Jim Rice. The bat has since spent nearly 75 years in Rice’s family before being offered in that auction.

Grey Flannel’s January 22, 2020 auction saw a Babe Ruth-signed, PSA/DNA-authenticated baseball sell for $183,500. Bidding opened at $5,000 and after 24 bids it had a new owner. PSA subsequently confirmed the winning bid to be the highest price ever paid for single-signature personalized baseball.

The story behind the ball adds an endearing footnote to Babe Ruth’s life story. In 1948, when his health was failing, Ruth was at a restaurant where a waiter approached him with a special request. The man asked if Ruth would autograph a ball for his daughter’s birthday. At first, Ruth declined, but later on he returned and asked the waiter for the girl’s name, which was “Loraine.” Ruth signed the ball, then left. He passed away the very next day.

J.C. Vaughn is the Vice-President of Publishing for Gemstone Publishing. Gemstone’s Carrie Wood and Amanda Sheriff contributed to this column.

Liquidity in the Comic Book Market