Comic Character Collectibles: October 2017
By J.C. Vaughn
Pristine Comics realized record prices for a CGC-certified 9.4 copy of All Star Comics #8 and a CGC 9.6 copy of Sensation Comics #1 as they, along with a CGC 9.0 copy of Wonder Woman #1, sold for a combined $1,562,200 on August 27, 2017 on eBay.
The All Star Comics #8 realized $936,223 and the Sensation Comics #1 brought in $399,100, while the Wonder Woman #1 reached $226,877. The All Star and Sensation copies are the single highest graded, respectively, in the CGC census and came from an original owner collection.
“This is an auction we were watching with great interest. To say the least, it’s always fascinating to see how market moves toward rare, vintage, high grade pop culture treasures, and it will be equally compelling to see how collectors and dealers react to this news over the coming weeks and months. It was clearly an excellent time to offer these copies of All Star Comics #8 and Sensation Comics #1,” said Robert M. Overstreet, author and publisher of The Overstreet Comic Book Price Guide. 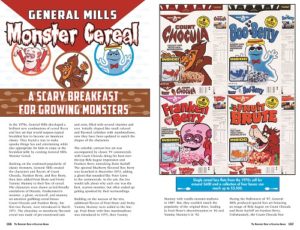 The All Star Comics #8 copy more than doubled the previous benchmark sale of a 9.0 in 2016 ($411,000) and the Sensation Comics #1 copy easily eclipsed a 9.4 sale of $83,650 from 2010. The Wonder Woman #1 Solicitation pedigree copy sold at ComicConnect in December 2016 for $291,000, perhaps suffering by comparison with the two higher grade selections in the offering.
“This is uncharted territory for such a book and I view it like this: one-of-a-kind high-end items create guide prices and set the tone for the under-grade copies, not the other way around. Thus, the ceiling is only limited to the amount a private party is willing to pay or the amounts two top bidders are willing to pay,” Pristine Comics owner Darren Adams said.
All three issues are essential to the Wonder Woman mythos. All Star Comics #8 (dated December 1941-January 1942) features the character’s debut with the Justice Society of America. She was depicted on her first cover on Sensation Comics #1 (dated January 1942), and gained her own title with Wonder Woman #1 (dated Summer 1942).
In addition to their remarkably high grades given their age, these copies also have a noteworthy history. The collector owned a mom-and-pop grocery store and bought the comics from a magazine distributor and took them directly home. There they remained undisturbed for over 70 years.
Finds of this caliber certainly caught the attention of the comic collecting industry with both collectors and dealers excited to see how high the sales would climb.
Write What You Love
Amanda Sheriff said her love of horror led her to develop The Overstreet Guide To Collecting Horror. Like her previous books, The Overstreet Guide To Collecting Movie Posters and The Overstreet Guide To Collecting Concert Posters, it’s part of Gemstone Publishing’s “How To” line for collectors. Unlike the others, though, this one is genre-specific.
“I’ve been a fan of the genre my whole life. I love the movies, the books, TV shows, comics, artwork – you name it. I get excited about so many different facets of horror, so it was a natural fit,” Sheriff said. 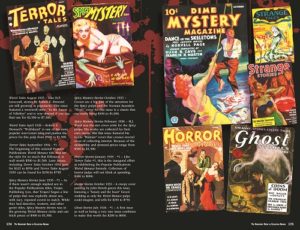 “Plus, I’ve been asked ‘Why do you like horror?’-as have most horror fans-many times. This book is a chance to answer that question and share the love with fellow fans,” she said.
The 232-page, full-color volume is scheduled to hit comic shops on Wednesday, October 4, 2017, and should reach traditional bookstores just a few weeks after that. Its subject matter ranges from The Walking Dead, Universal Monsters, “Hammer Horror,” and EC Comics to Friday the 13th, Godzilla, video games, ’60s TV shows like The Addams Family and sci-fi horror like Alien.
The book includes features on pulps, horror magazines, soundtracks, and profiles on some horror greats such as Stephen King. It also spotlights active horror collectors and horror actors as well. Scream queen Linnea Quigley wrote the foreword.
Sheriff described the process of putting the book together as “surprising and interesting,” even for someone of her expertise in the genre both as a collector and as someone who regularly writes about collectibles. She said she enjoyed the surprises.
“I can talk about horror media for hours, but I learned more about the lives of industry pros, the thriving collectability of out of print VHS tapes, that there’s an Alfred Hitchcock Mont Blanc pen that sells for over $1,000, and that General Mills Monster Cereal box flats are worth $600 a piece,” she said.
“Writing about a genre opened this book up to so much content. What made it different was the need for more balance. Like the other books, it needed to balance older and newer, high-value and less expensive, big name and lesser known titles. But this one needed to represent several types of collectibles, like action figures, statues, comics, toys, premiums, movie posters, screen-used items, autographs, games, and all the little oddities. I think that keeps the book fresh because it’ll appeal not just to big-time horror fans, but also video game collectors, literature buffs, comic collectors, toy lovers, and others,” she said. 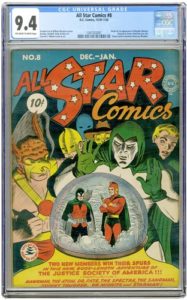 She said The Overstreet Guide To Collecting Horror aims to inform new collectors and give experienced ones a new perspective to reinvigorate their collecting habits.
“New collectors will find a wide variety of material and series that can be used as a starting point. It can be very accessible comic books and action figures or suggestions on high value vintage toys and first edition books. I strive to provide price ranges on items to better inform collectors what they can expect to spend on different material, so I think that’ll be very helpful,” she said.
Sheriff said she hopes that readers will share the experience she got while working on the book: it made her want to collect more.
“Just last weekend, I bought a copy of Alfred Hitchcock’s Monster Museum from a used book shop. I wrote about that book in this book a few months ago. I’ve also gained more appreciation in some areas of horror that I hadn’t explored very much. My want list as far as entertainment and collecting keeps growing,” she said.
The Overstreet Guide To Collecting Horror can be found in comic shops, book stores, or on Gemstone’s site, www.gemstonepub.com.  J.C. Vaughn is the Vice-President of Publishing for Gemstone Publishing. Gemstone’s Carrie Wood contributed to this column.

Making The Grade: The Importance of Third Party Grading in Comics