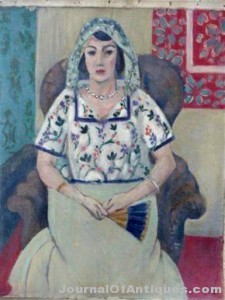 By now you may have heard about the raid German authorities made on a Munich apartment that uncovered more than 1,400 artworks – by artists such as Pablo Picasso, Henri Matisse, Marc Chagall and Otto Dix – worth an astounding $1.3 billion. The works had been confiscated during World War II under the direction of Nazi propaganda minister Joseph Goebbels, who ordered Hildebrandt Gurlitt to seize what was seen as “degenerate” art. The recent find was made at Gurlitt’s son’s apartment.
That was two years ago, but the story only recently came to light when it was reported in the German news magazine Focus. German authorities kept mum on the find, which has led to charges they covered up the discovery (charges they deny). Cornelius Gurlitt, meanwhile, who is 80, has been charged with hoarding stolen art. He says he wants his art back and, remarkably, after the heirs or rightful owners of as many of the artworks as possible can be located, he will probably be allowed to keep whatever remains.