American Sound and Beauty – The Country Music Hall of Fame
Nashville, TN
The Country Music Hall of Fame in Nashville is currently running the exhibit American Sound and Beauty: Guitars from the Bachman Gretsch Collection, which ends July 10th. Featuring seventy-five vintage guitars from the early 1930s to the early 1980s, this show offers the most comprehensive look at the Bachman-Gretsch Collection ever made available to the public.
This show displays the evolution of the instrument, and showcases highlights of a collection which once held over 300 rare or historic guitars. Canadian guitarist and songwriter Randy Bachman, a key member of the Guess Who and Bachman-Turner Overdrive, began collecting about forty years ago after his own Gretsch guitar was stolen on tour. Gretsch began producing musical instruments in Brooklyn in the late 1800s, and are regarded as some of the finest American-made guitars.
Highlights of the exhibition include several Gretsch 6120s and the Electromatic, Gretsch’s first electric guitar, manufactured in the 1930s and 40s. By the 1960s, the company was well into its “golden era” and guitars like the White Falcon, with automotive finishes and a Cadillac tailpiece, were marketed as the “guitar of the future.” The Gretsch foundation purchased Bachman’s collection several years ago, and is now making it available to guitar lovers everywhere with this exciting show.
American Sound and Beauty runs until July 10th 2016 at the Country Music Hall of Fame in Nashville, TN, open daily from 9 a.m. to 5 p.m. Admission is $14.95 for seniors and students to $24.95 for adults.
Louder Than Words – Rock and Roll Hall of Fame
Cleveland, OH
Opening May 20th, 2016 at the Rock and Roll Hall of Fame in Cleveland is Louder Than Words: Rock, Power and Politics, exploring the power of rock to change attitudes about patriotism, peace, equality and freedom. The show will run at the museum until January 6th, 2017, then move to the Newseum in Washington, DC, where it will be on display through July 31, 2017. 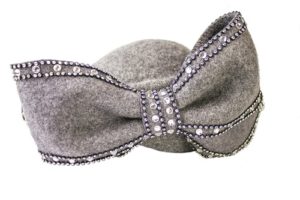 Louder Than Words highlights how artists have used their craft as a platform to express their views and shape public opinion. Incorporating video, multimedia, photographs, periodicals and objects, including the hat worn by Aretha Franklin during President Barack Obama’s inauguration, original lyrics to the 1969 Black Power anthem “I Don’t Want Nobody (Open Up the Door, I’ll Get It Myself)” by James Brown, and the guitar John Lennon used at the Montreal bed-in for peace where he and Yoko Ono introduced the anti-war and counterculture anthem “Give Peace a Chance.”
The exhibit will also feature other significant moments and features, such as the hip-hop music of the 80s that discussed police brutality and contemporary artists who utilize their music as an outlet for social activism both abroad and at home.
The Rock and Roll Hall of Fame is open daily from 10 a.m. to 5:30 p.m. Admission is $23.50, seniors pay $21.25, children ages 9-12 $13.75, and children 8 and under are free.