A Brief History and its Place in a Collector’s Market
By Carrie Wood
A significant chunk of the worldwide comics market has long been held by manga. Though it’s entirely likely that your typical western comic book fan would consider manga to be something of a “niche” market, it’s hardly so. Manga is a multibillion-dollar industry in the international market, encompassing far more than what the casual reader may believe it to be – and coming from a history in art far richer than most may realize.
Origins
To discuss manga it’s probably first important to recognize what “manga” is and what the word actually means. In Japan, manga refers to both comics and to cartooning – the Kanji that makes up the word can be literally translated to “whimsical pictures.” Outside of Japan, the term “manga” is pretty much only used to distinguish comic books produced in Japan from those produced elsewhere. 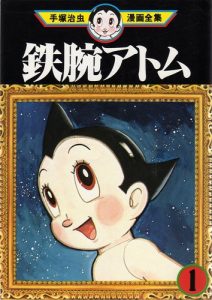 The concept of manga dates to the Edo period in Japan (1603-1867), with a book of drawings called Toba Ehon; manga is an art form that seemingly evolved naturally out of the Ukiyo-e style during this period of history. By the 19th century, the Hokusai Manga books had entered publication. These wood block prints by the renowned artist Hokusai were collected from thousands of images into 15 volumes. Many of the prints contained sequential artwork, easily recognizable as a sort of comic strip.
The period immediately following the conclusion of World War II in Japan included the enactment of the 1947 Japanese Constitution. Article 21 of this document prohibited all forms of censorship, leading to an absolute boom in creative work during this time. Two manga series in particular were at the forefront of this evolving industry and helped establish contemporary manga as we know it today: Sazae-san, by Machiko Hasegawa, and Mighty Atom, by Osamu Tezuka.
Sazae-san began serialization in 1946, and featured a heroine that stood in stark contrast to the “good wife, wise mother” ideal of femininity that had been taught by the previous regime. Sazae-san often bossed around her husband and was clearly the person in charge in her family. The story followed the titular character, Ms. Sazae, who – like many living in Japan in the aftermath of WWII – struggled often to make ends meet and keep her family together.
The focus on home life and familial relationships seen in Sazae-san helped to establish a template for the kind of subject matter most often seen in various other shoujo (girls) manga in the years since.
Mighty Atom – known in the United States as Astro Boy – began in 1951. It followed the exploits of the titular character, a robot built in the image of a young boy. The science-fiction series focused on his various good deeds – fighting crime and putting a stop to evil-doers – by using his robotic powers that included flight, super strength, enhanced hearing, and much more. The character of Atom/Astro himself remains popular around the world as a symbol of peace and goodness. Tezuka would go on to write many other impactful series and is still regarded as “the father of manga.” 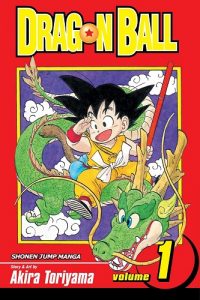 20th Century
By the mid-20th century, the two main subcategories of manga had been established – shoujo, for girls, and shonen, for boys.
On the shoujo side, the books were primarily drawn by men until the late ’60s, and titles included Tezuka’s Princess Knight and Mitsuteru Yokoyama’s Little Witch Sally; the
latter took inspiration from a popular American television show at the time, Bewitched. The “Year 24 Group,” a group of women manga artists, made their manga debut in 1969, significantly shifting the shoujo manga scene into a “by girls, for girls” situation. The group’s members saw success for many years, with series including The Rose of Versailles and The Star of Cottonland.
Drawing from the success of Astro Boy, many of the shonen series that arose around the same time were sci-fi stories, such as Tetsujin 28-go (1956) and Doraemon (1969). Shonen series have also encompassed military stories, giant robots, superheroes, sports action, and much more. Shonen manga is also typically divided further into true “shonen” aimed at boys under the age of 18, and “seinen,” aimed at men between the ages of 18-30.
Manga Goes International
In terms of manga’s penetration into the international markets, this didn’t start to happen until the late 1970s in Europe, or until the mid-1980s in America. Anime – Japanese animation – had largely established itself around the world during this time period and was more readily accessible to those who were interested in these stories. It was much easier at the time to subtitle an episode of an anime series than it was to try and translate an entire volume of manga, which led to a wider dissemination of anime.
However, a handful of companies started to bring over manga by the late ’80s, such as Lone Wolf and Cub (First Comics), Mai the Psychic Girl (Viz Media/Eclipse Comics), and Akira (Marvel’s Epic imprint).
The true boom of the international manga market didn’t happen until the late 1990s, though this can also be attributed to the booming popularity in anime around that time; series such as Sailor Moon, Pokémon, and Dragon Ball were being shown on after-school or Saturday morning programming blocks, and the demand for more material from these series increased. Companies such as Tokyopop and Viz sprung into action, bringing over dozens of new series in trade paperback format. Manga could suddenly be found at regular bookstores and was far more accessible than it had ever been before, helping to establish a foothold in the western comic market that it’s never let go of. 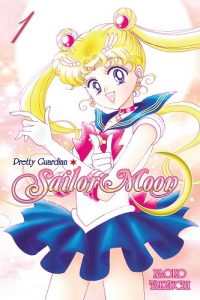 One of the biggest differences between the manga and comic market in the U.S. is the secondary market. There’s really no single volume of an issue of manga that’s considered a “holy grail” for collectors. Due to how manga publishers keep popular series in print (or go back many years later and do a new edition of a cult classic), manga volumes don’t accrue much value. Occasionally, a series that has been out of print will see prices rise to $40-$50 per book – not bad for a book that was likely originally $10 or so – but the collector’s market of manga isn’t anywhere close to that of American comic books. It’s highly unlikely that we’ll ever see a volume of manga collect the kind of dough that an Action Comics #1 or Amazing Fantasy #15 brings in at auction.
Today, manga continues to be wildly popular around the world, existing as a multimillion-dollar market in the U.S. and consisting of more than a third of the total comics published in some parts of Europe. Titles that continue to make a splash in American markets have included One Piece, Attack on Titan, Death Note, One-Punch Man, and dozens more. It’s clearly far more than just a niche, and it’s not fading away anytime soon.
Carrie Wood is Assistant Editor of Gemstone Publishing. She has been the lead author for The Overstreet Guide To Collecting Tabletop Games, The Overstreet Guide To Collecting Video Games, and The Overstreet Guide To Cosplay.