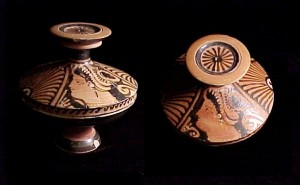 Any school would be happy to receive a $200 million donation, but such a gift has turned into a hot potato for New York University, the recipient. The donor was noted art collector Shelby White, whose husband, financier Leon Levy, died in 2003. The problem is Ms. White’s practice of buying Greek and Roman antiquities, including some that experts believe were looted from archaeological sites. By accepting the money, some argue, NYU is tacitly approving of Ms. White’s buying habits.
One professor has already resigned from N.Y.U.’s Center for Ancient Studies, particularly embarrassing because the money was to go toward the development of a new ancient studies institute. Some other institutions — like the University of Pennsylvania, the University of Cincinnati and Bryn Mawr College — have policies that discourage or even ban the acceptance of Levy-White money. N.Y.U.’s president, John Sexton, said the university had no qualms about the donation.

The Best of Ed Welch – Your Time and Your Money

Daniel H. Weiss Named Next President of The Metropolitan Museum of Art