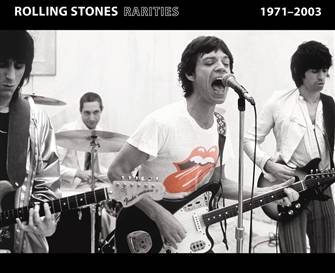 Starbucks, the coffee giant, and the Rolling Stones, the rock giants, have teamed to release a CD of rare Stones remixes, B-sides and hard-to-find live recordings. “[amazon_link id=”B000BP86MI” target=”_blank” container=”” container_class=”” ]Rarities: 1971-2003[/amazon_link]” was released in Starbucks locations on Nov. 22. Shortly thereafter, it was available in other retail outlets across the country. Starbucks’ music arm — Starbucks Hear Music — teamed with the Stones’ record label — Virgin — to make the CD possible. They combed through the band’s extensive archives.
Among the CD’s 16 tracks are a cover of Chuck Berry’s “Let It Rock,” which was originally released as a B-side to the 1971 hit single, “Brown Sugar.” There are also alternate takes of some of the band’s biggest hits, including live recordings of “Tumbling Dice,” “Wild Horses” and “Beast of Burden.” Also on the CD is a dance remix of “Miss You.” “There are always songs that never appear on a final album and you think, ‘What a shame that song didn’t make it,” Mick Jagger said of the CD.
[amazon_carousel widget_type=”SearchAndAdd” width=”550″ height=”200″ title=”Music by the Rolling Stones:” market_place=”US” shuffle_products=”False” show_border=”False” keywords=”Rolling Stones” browse_node=”” search_index=”Music” /]