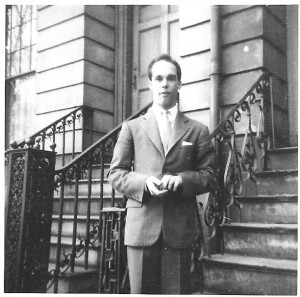 Forbes House Museum Mourns Passing of Founder Dr H. A. Crosby Forbes & Trustee Emeritus Brad Richardson – The Journal of Antiques and Collectibles – July 2012
It is with great sadness the Forbes House Museum announces the passing of its founder, Henry Ashton Crosby Forbes Ph.D., on Sunday, July 22 in New Haven, CT, after a long illness at age 87.
“We will miss Crosby very much,” say FHM Executive Director, Robin Tagliaferri, “but he has left us with a rich history and an extensive collection of works of art from his family’s legacy in the China Trade.”
Forbes House Museum also mourns the passing of Trustee Emeritus, Brad Richardson, who served as Chair of the Board of Trustees. A dedicated supporter of the Museum, Richardson’s interest in the FHM organization was unparalleled and long standing.
“It was an honor to have Brad present at Museum events and meetings, and I will cherish the memory of our many conversations. He often called the Museum to offer words of encouragement and practical advice,” says Tagliaferri.
At the Museum’s request, Historian Anthony Sammarco has agreed to write historical essays on the lives of Crosby Forbes and Brad Richardson. “Anthony has already begun formulating his thoughts, and will present us with his writings in the coming weeks,” Tagliaferri said.
About Crosby Forbes:
Henry Ashton Crosby Forbes Ph.D., was born on June 25, 1925 in Westwood, MA, the great grandson of China Trade merchant, Captain Robert Bennet Forbes. He attended Dedham Country Day and Milton Academy, and later served as quartermaster in the United States Navy Landing Craft Infantry during WWII. Forbes earned an undergraduate and graduate degree at Harvard University in 1950 and 1961, respectively, and was recognized as an international expert in Asian export art. He married Grace Pierce on 16 July 1955, and is survived by two sons, Robert Pierce Forbes of New Haven, CT and Douglas Bowditch Forbes of New York, NY. 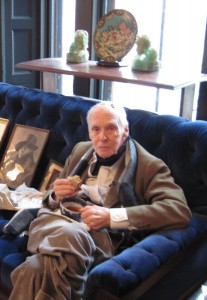 Neil Young: Sounding Board for Lionel

Am I an antique, too?