News & Views From the World of Antiques & Collectibles
By Ken Hall
When Thomas Schultz and Lawrence Joseph bought a house on Long Island, N.Y., in 2007 for $300,000, they decided to pay an extra $2,500 for some paintings, drawings and journals found in the garage. They then restored and framed the paintings and went to have them appraised. They were in for a shock. The paintings are worth an estimated $30 million, all of them having been done by a little known Armenian-American artist named Arthur Pinajian. One of the paintings has already been sold, for $500,000. 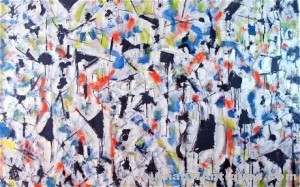 Pinajian painted every day, but few ever saw his work. He rarely got reviews, and not one of his paintings or works on paper was ever shown in a New York gallery or museum. In fact, it was Pinajian’s request that, upon his death, all of his artwork be dumped in the local landfill (fortunately, his family did not follow those instructions). Schultz and Joseph, who say they aren’t “big art people,” are showing the abstract impressionist’s work at a gallery opened by Schultz, as well as in Manhattan’s Fuller Building.