Ken’s Korner: “Science’s missing link” will remain in Britain – The Journal of Antiques and Collectibles – June 2006 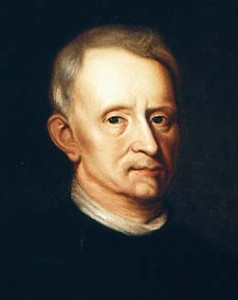 The journal of 17th-century scientist Robert Hooke will be housed at the Royal Society (Britain’s premier science academy) and not auctioned, as was originally planned. The manuscript, hailed as “science’s missing link” because it charts the birth of modern science, was due to go on the auction block through Bonhams of London, where it was expected to fetch about $1.75 million. But at the last minute, an anonymous bidder agreed to buy the journal and donate it to the Society.
The journal contains details of experiments Hooke conducted while serving as curator at the Royal Society in 1662. It also documents his famous dispute with Sir Isaac Newton over planetary motion and gravity, as well as the lost record confirming the first observation of microbes by Antoni van Leeuwenhoek. Hooke found fame in 1665 with the publication of “Micrographia,” which contained pictures of objects he had studied through a microscope. He made the microscope himself.
[amazon_carousel widget_type=”SearchAndAdd” width=”550″ height=”200″ title=”More about Robert Hooke:” market_place=”US” shuffle_products=”False” show_border=”False” keywords=”Robert Hooke” browse_node=”” search_index=”Books” /]

Ken's Korner: Royal French hairpin is found — in a toilet