Lighters
By Jeff Figler
“Got a light?”
Oh, how famous that expression is, although it is not as common today as in the past. But most people are well aware of what a BIC is. BIC, by the way, is the largest lighter manufacturer in the world. It claims to sell about 1.9 billion lighters a year. That’s billion, not million.
Actually, lighters are so common that we take them for granted. But it is amazing that you can merely press a button and you can get a light. Presto! Lighters have been around for about two hundred years.
The first lighter was created by a German chemist Johann Dobereiner, and called “Dobereiner’s Lamp.” His lighter used the highly explosive hydrogen, not butane. It was a table lighter and was really a status symbol. 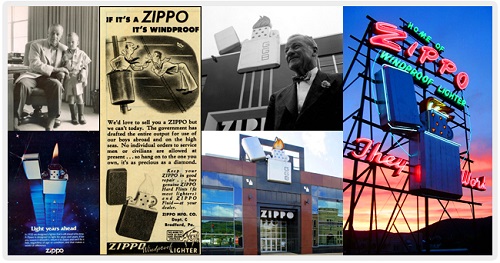 Most smokers used matches until the flint lighter became popular. By 1908, the flint lighter was small enough to fit inside a pocket.
Lighters became increasingly more popular during World War I, as they were used by soldiers to find their way in the dark. However, often the flare of matches gave away soldiers’ positions, and many lives were lost.
By the 1920s, the flare issue was solved and smoking became extremely popular, as did lighters. Flint wheel lighters were mass produced. Soon, the Zippo Company began making lighters, as did Ronson. With more companies in the market, the cost of lighters fell. Soon, other companies such as Dunhill, St. Dupont, and Colibir were in the mix as well.


It was in the 1930s that Ronson started using butane as a fuel, instead of naphtha which was being used. Flint would still continue to be used, but was later replaced by the piezoelectric spark. In the 1940s and 1950s high profile Hollywood celebrities, as well as athletes, became endorsers for cigarettes. As a result, the popularity of lighters increased.
And with BIC claiming that their sales are well over a billion a year, it seems that lighters are not going away anytime soon.
Of course, collectors became involved. If you were a smoker, and used lighters, you would undoubtedly consider collecting vintage lighters yourself. Naturally, if you had disposed of the lighters you had once used you would probably be upset for doing so. But now you could try to find your type of lighters at auction, even if you now had to pay several times the original cost. That’s a hard lesson to learn. But you would not have known that lighters would become such a collectible item. Some lighters were meant to be disposable, and that is what you did when you were younger.
And vintage lighters have become popular auction items, and have sold for a great deal of money, especially if they had been owned by a high profile person. A few sales of lighters will prove that point.
For example, John Wayne used a Zippo lighter. In fact, his lighter with “Duke” engraved on one side was sold at auction. The selling price? Over $3700. At auction time it was not in working condition, but most collectors would not use it anyway.
The same holds true for the lighter owned and used by President Kennedy. The lighter had the initials of both President Kennedy and the First Lady. It sold for $3800.
A lighter that Frank Sinatra gave as a gift in 1967 sold for over $4000. His name was engraved on the lighter. As he had just recently gotten divorced from actress Mia Farrow, her name was not on it.
A David Webb enamel gold lighter sold for over $4000 as well. That lighter was 18 carat gold and extremely desirable.
Of course, lighters owned by high profile people are coveted by not only lighter collectors but by presidential collectors, as in the case with the Kennedy lighter, and pop culture collectors, as in the case of the lighters owned by John Wayne and Frank Sinatra.
Lighters display very well, they are very lightweight, and can be very colorful.
Jeff Figler has authored more than 600 published articles about collecting. He is one of the world’s leading experts on collectibles and is a former sports columnist for the St. Louis Post-Dispatch/STL Today, and San Diego Union Tribune. Jeff’s most recent book is Picker’s Pocket Guide to Baseball Memorabilia published by Krause Publications. You can learn more about Jeff by visiting his website collectingwithjeff.com. He can also be reached via email at info@jefffigler.com.

One thought on “Collecting with Jeff: January 2017”