Comic Book Characters and Collectibles
By J.C. Vaughn
The four-day event ran from Thursday, October 6 through Sunday October 9, 2016.
Industry news site ICv2.com initially reported the 11% increase over last year’s attendance. The growth in attendees was accomplished by selling more single day tickets, particularly for Thursday, quoted ReedPop’s Lance Fensterman, and added that the totals did not include any of the additional, separately billed “NYCC Presents” events that took place at other venues around Manhattan. In addition to the Javits Center, NYCC tickets were good for happenings at Madison Square Garden, Hudson Mercantile, and the Hammerstein Theater.
Given the difficulty for presenters to line-up panel discussions, it seems likely that NYCC will continue to need to expand to additional off-site locations. Since that there are few restaurants and hotels in the immediate vicinity, ReedPop faces challenges that have proven far easier for Comic-Con International: San Diego in recent years.
Licensed! Overstreet Looks at Licensed Comics 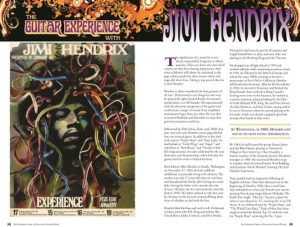 Whether you’re talking about Disney comics from the 1940s, movie tie-ins from the 1950s, “Star Trek” comics from the 1960s, “Rom – Spaceknight” in the 1970s, “G.I. Joe” in the 1980s, or hundreds of other comic book titles across the history of the medium, licensed comics have almost always been part of the business.
Under the auspices of Geppi’s Entertainment Museum (GEM) and “The Overstreet Comic Book Price Guide”, I was privileged to participate in a panel called “Licensed! Overstreet Looks at Licensed Comics” on Thursday, October 6, at the New York Comic-Con. My fellow panelists included Captain Action co-owner and Bonfire Agency co-founder Ed Catto, former Marvel Comics editor-in-chief Jim Shooter, IDW Publishing Chief Creative Officer Chris Ryall, Mark Haynes, my co-writer on “Stargate Atlantis” and other projects.
This lively group of comic veterans was moderated by GEM President Melissa Bowersox.
“Think hard about doing something original first,” Shooter advised those considering undertaking a licensed project. “That way you don’t have to ask anyone for permission, you could do it today.”
His point was that when it comes to working on licensed comics, you often have to deal with significant input from stakeholders, which might not be limited to the licensor. For “Stargate Atlantis”, we have it easier in this regard, but on “Stargate Universe”, for instance, almost the entire cast has likeness approvals.
While occasionally, the stakeholders will trust you to oversee the entire project, others will want to force their ideas on you.
“You’ll have some tricky relationships. Certainly some are easier than others,” Ryall said.
When Shooter was at Marvel, they held the license and created the backstory or play concept for “Rom – Spaceknight,” which was a fairly unsuccessful toy for Parker Bros. Now owned by Hasbro, Rom has returned to comics with Ryall co-scripting.
Both for fans reading them and for creators working on them, licensed titles can be just as good or as bad as other comics. It’s up to the effort and quality of work put into them. Just like a great issue or “Batman” or “Amazing Spider-Man” or an original graphic novel featuring a character you’ve never heard of previously, a licensed comic can spur your inspiration into a million different directions.
“Bring something new to the party,” Catto urged would-be creators
“Be sure to do your research, see if there is a market for your idea,” Haynes added.
“Take a step back. It’s easy to let your nostalgia get in the way of being subjective,” Shooter said. 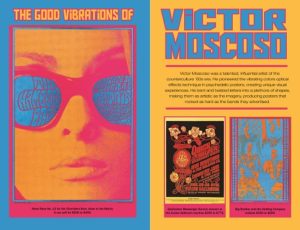 Cosplay: Let’s Get Serious
Gemstone Publishing partnered once again with McCall’s to present “Cosplay: Let’s Get Serious” at New York Comic Con 2016. The panel took place on the morning of October 8 at the show and provided an in-depth look at the cosplay hobby.
Representing Gemstone were Creative Director Mark Huesman and Assistant Editor Carrie Wood. Both worked on “The Overstreet Guide to Cosplay.” They were joined by a number of people from McCall’s “Cosplay By McCall’s” line, which provides cosplay-focused patterns that otherwise aren’t usually found in pattern catalogues.
Topics discussed included pattern usage, traveling with cosplay, cosplay emergency kits, cleaning costumes, and more. A short Q&A followed the main panel as well.
“I’m so pleased with how this panel ended up working out. Getting to see everyone from McCall’s again was great too, since they’re obviously so knowledgeable about the goings-on in the costume industry,” Wood said. “I thought this was a really nice follow-up and continuation of the panel we had at San Diego this summer, and I hope it’s something we get to continue to do.”
J.C. Vaughn is Vice-President of Gemstone Publishing. Gemstone’s Braelynn Bowersox and Carrie Wood contributed to this column.

Psychedelic and Beyond: Overstreet Looks at Concert Posters