Comic Character Collectibles
by J.C. Vaughn
It’s always interesting to watch an emerging niche in the field of pop culture collectibles and to attempt to anticipate whether something’s a fad or a legitimate change in the overall collecting topography. While it remains a bit early yet to make any kind of final call, it’s looking more and more like video game collecting has the supply, the demand, and now the infrastructure in order to last.
“Baseball cards, comic books, movie posters, and plenty of other pop culture memorabilia have long been a part of the collecting culture, and for quite some time have all achieved significant prices on the auction block. But it wasn’t until recently that video games joined those ranks,” said Carrie Wood, author of The Overstreet Guide To Collecting Video Ga 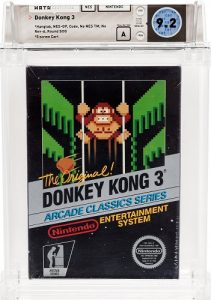 mes, herself a collector and a frequent contributor to this column. In January 2019, Heritage Auctions made the move into video game collectibles when they partnered with video game grading and certification service Wata Games.
“Since then, we’ve regularly seen classic favorites hit four figures or more when these auctions close. The standout sale through Heritage was the sticker-sealed copy of Super Mario Bros. that set a world record price when it sold for $100,150,” she said.
Not all that long ago, though, many were wowed by record prices for Beanie Babies, too. So Wood asks some important questions: “Is the notable rise in prices for games—particularly graded and certified examples—and the corresponding rise in popularity of video game collecting a fluke? Or is it the next great collectibles market that investors will be clamoring to get in on?” she said.
Wata Games President and CEO Deniz Kahn believes it’s the latter – that the market is growing, and that new collectors are finding that things are scarcer than they may have been led to believe.
Wata is an independent, third-party firm that grades and encapsulates games submitted to them and then returns them to the dealer or collector. In other collectible niches, including coins, currency, trading cards, lobby cards, and comic books, third-party grading has led to increased transactions, liquidity, and prices.
“We’ve always said that what we aim to do is to legitimize the hobby in a way that makes it accessible to ancillary collectors, whether it’s comics, baseball cards, or Magic cards. And I think we’re seeing the effects of those collectors actually getting into this market and educating themselves using our resources or their own,” he said. “We’re not only seeing the effect through Heritage and the prices that are being realized there, which are sometimes record prices, but we’re seeing the effect on eBay, which is where most of the selling has typically occurred. So, it’s trickling down into general marketplaces. People are, I guess, realizing that this stuff is not as accessible as they thought – particularly when you’re talking about older, factory-sealed, mint condition games. They’re just not as plentiful as people might have imagined.”
The hobby has indeed started to catch the attention of other types of collectors. CBCS (Comic Book Certification Service) founder, Primary Grader, and President Steve Borock has started to accumulate games, saying the gaming market plays similarly to that of other collectibles.
Borock, a highly experienced comic book collector, is precluded from collecting certified comic books to avoid a conflict of interest with his position at CBCS. Over the years he turned this restriction and his grader’s eye into a world-class collection of original comic art instead. Now, though, he finds himself amazed by the potential of the video game market.
“It’s exactly like comics and, at the same time, completely different. We, collectors, buy what we love and most of the time, what we grew up with. We love collecting and buying back our childhood and also newer cool stuff that catches our eye. The difference is that it is a young market, and I think it will mature along with the collectors as they mature,” he said.
Kahn said that he wasn’t exactly surprised to see the kind of prices that Heritage has seen for Wata-certified games so far, as well. He went on to say that while the results are hardly shocking, seeing how quickly things have happened in the market over the last year did catch his attention. 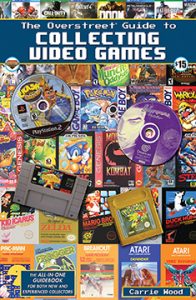 “As we move the needle on the demand for video games, and while the supply essentially stays the same, the price is going to go up on a lot of this stuff, especially as more people get into it. That’s just basic economics,” he said. “But seeing it actually happen is still kind of surprising to me. I guess that’s more the collector in me that has been used to seeing things priced a certain way, or even being under the radar for so many years. It’s very exciting to see these games get the recognition that they deserve, and that they’re being viewed as true pieces of art and history and as a legitimate collectible. They’re not just some nostalgic items that should be covered in dust in an attic somewhere.”
Borock agreed, saying that while he knew both Wata and Heritage had the right people involved to make the most of things, he was still taken aback by how things played out so far.
“I knew that Heritage could bring in the correct people as buyers and promote correctly,” he said. “I am just surprised how quickly they did blow them up in such a short time. I hear ComicLink is about to start auctioning off games … This should help the gaming market quite a bit as well.”
It’s not all green flags and full speed ahead, of course. Getting educated and making the right connections to understand the hobby/business is just as key in video games as it is for any other collectible.
“[Video game collecting] has its pitfalls,” Borock said. “Just like comic books, you need to find the correct people to buy from if you are not buying games that are already certified. Some sellers are selling resealed games, games with the wrong manuals and games that have not been tested or that do not work. That’s why Wata and certification are necessary for novices like me.”