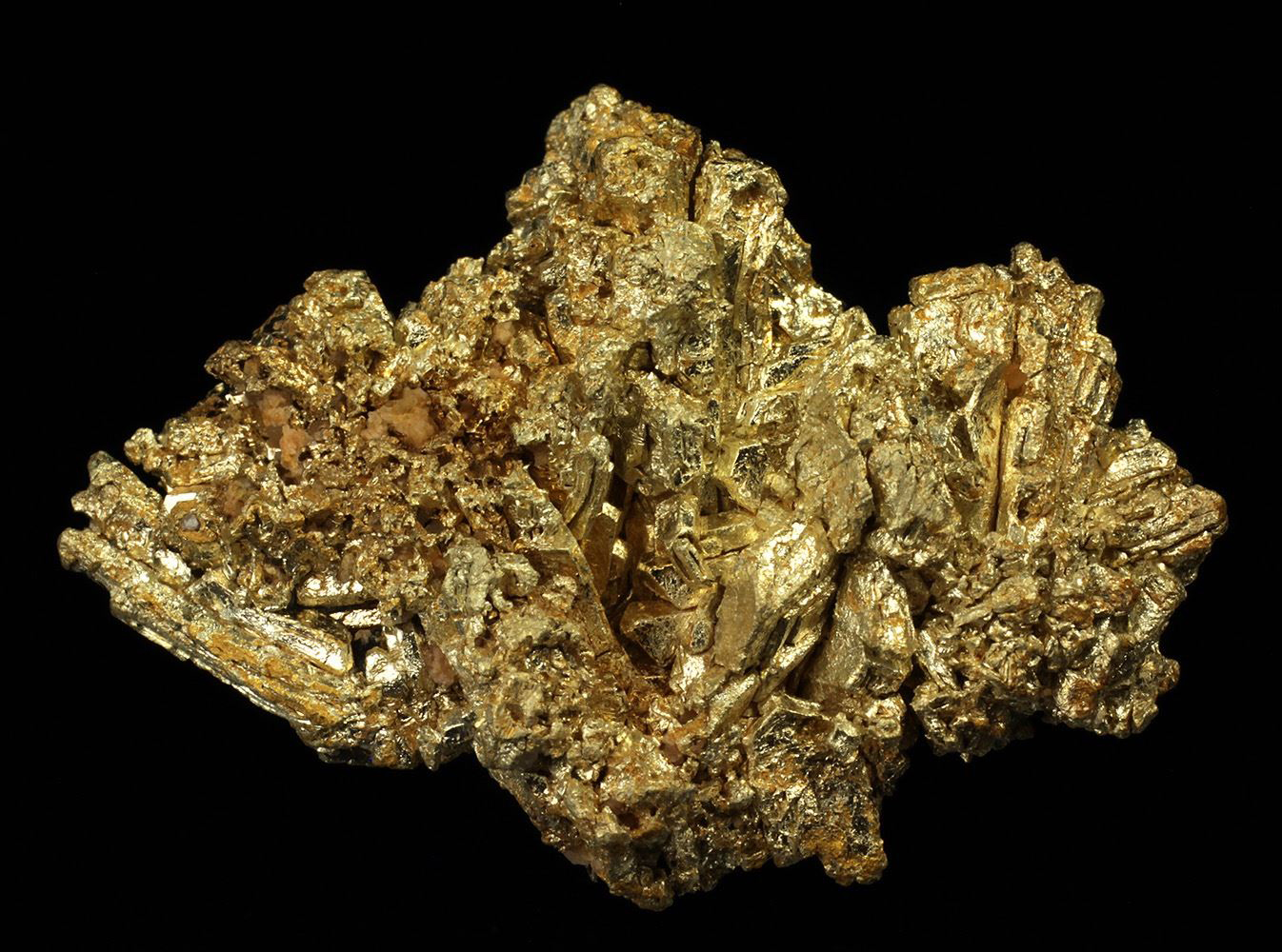 Crystallized Gold from Round Mountain Mine, Nye Co NV

Mining is the Backbone of America

The history of America is in many ways traced through mining. When the California Gold Rush began in 1848, it created a massive movement of people from all over the world, and added $50 million in new money into the world’s economy for the first decade, effectively doubling the American economy yearly through about 1860. This level of new wealth was never seen before and has never been seen since. It continued at an unabated pace, with the discoveries of gold and silver in just a single mining district –– the great Comstock Lode. With more and more prospectors flooding into the Western United States looking for their “El Dorado,” more ore deposits were found and exploited. New inventions spurred the exploration for, and development of, other important metals and products, especially copper.

It didn’t stop with the California Gold Rush. Prospectors began searching remote regions all over the world –– Australia, Western Europe, Africa, Asia; they left no place unsearched. Prospectors first searched the great ancient and historic sources of gold and silver looking for more. Most of those were futile attempts, but along the way, great ore deposits were found around the world, adding even more new money to a world economy that was growing as fast or faster than the population.

The new money created new businesses and spurred creativity and inventiveness. This thing we call “technology” developed, and we began to look at the science behind these great ore deposits in order to help us locate more. New technology meant more inventions. More inventions lead to better means of discovery, materials processing, working conditions, and more.
Now we can walk into modern times and look back at this advancement in technology both in how scientific thinking changed and the creation of numerous inventions. We can collect the history of these scientific and technological advancements to better understand how all of the processes in mining developed over time. 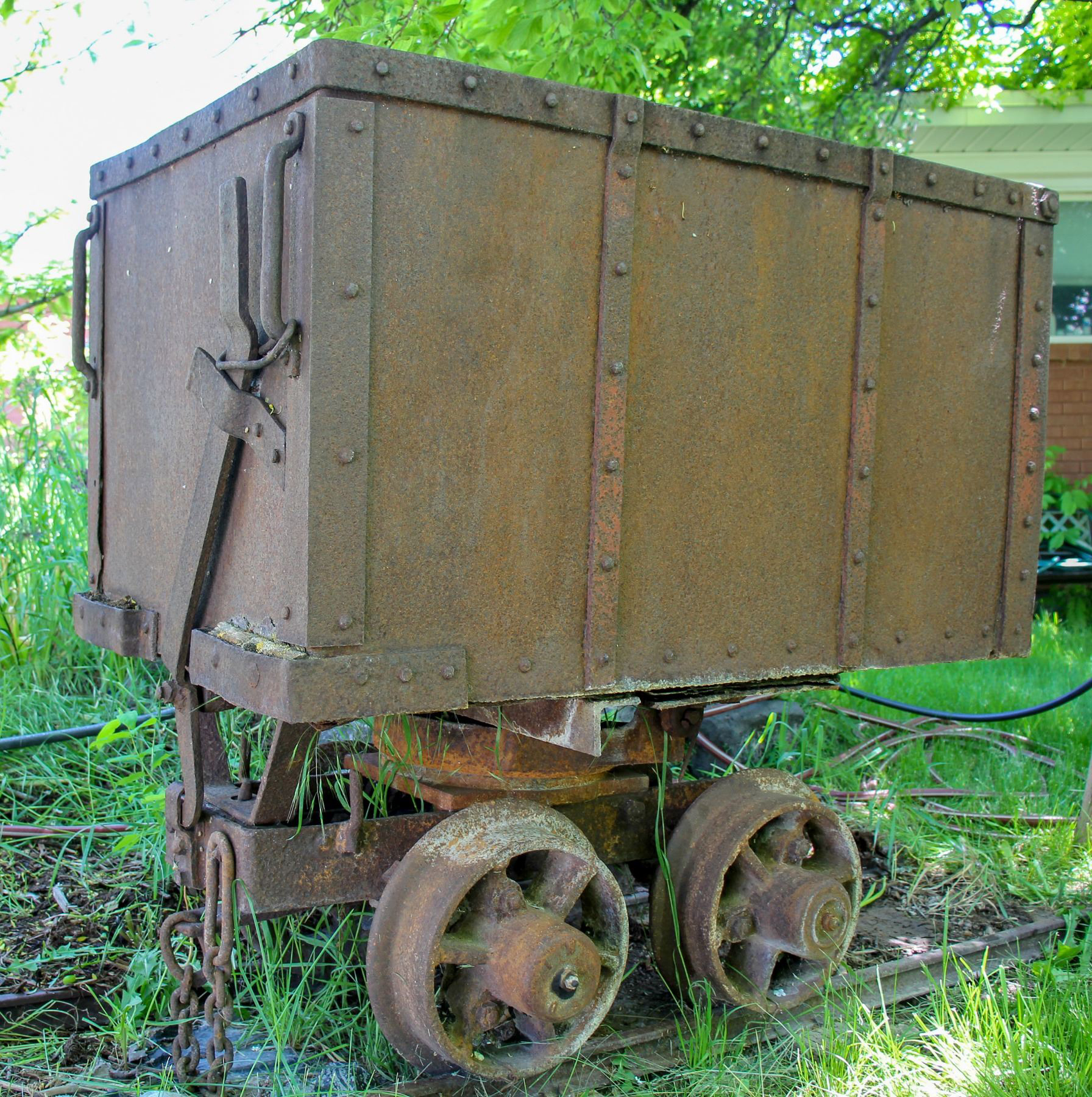 Let’s take a look at 15 major categories within the mining theme. After we identify these major categories, then we’ll look inside them as groups of collectibles.
1. The World’s First Mines. Where were they? Who, What, When, Where and How did mankind develop the desire or need for metal or other product mining?
2. Written Mining History. The collection of historical works on mining, from the beginning –– vis-a-vis pre-Pliny to the present.
3. Mining “Rushes.” What constitutes a rush, and why did they take place? Where were they? When? How was the American economy and industry impacted?
4. Mine Finance. Mines and prospecting were financed privately and publicly, both locally, domestically in the U.S., and through world or foreign investment. Let’s face it, when the California Gold Rush was on, everybody wanted in–investors, bankers, merchants–from all over the world.
5. Mine Specimens. Gold, silver, copper, and special minerals found only in specific ore deposits. Some are strikingly beautiful, others “plain Jane.”
6. Metal Products. Ingots, coins, wire. The development of alloys.
7. Mining Equipment. The equipment used to break, move, crush rock, and get it out of the mine.
8. Mine Lighting. How did we see underground
9. Ore Handling. The milling processes and the equipment used for rendering rock to a metal product.
10. Assaying. How did we know there was value in the ore? What tools were used to determine value?
11. The Bullion Business. When, where, and how did we start refining? How did the refining business develop? How was it traded? How was it converted to cash?
12. Mining and Miner Customs.
13. Mining Labor. Clothing, tools, equipment, Unions, etc.
14. Mining News. How was news of discovery transmitted?
15. Mining Communities. The birth of mining camps. 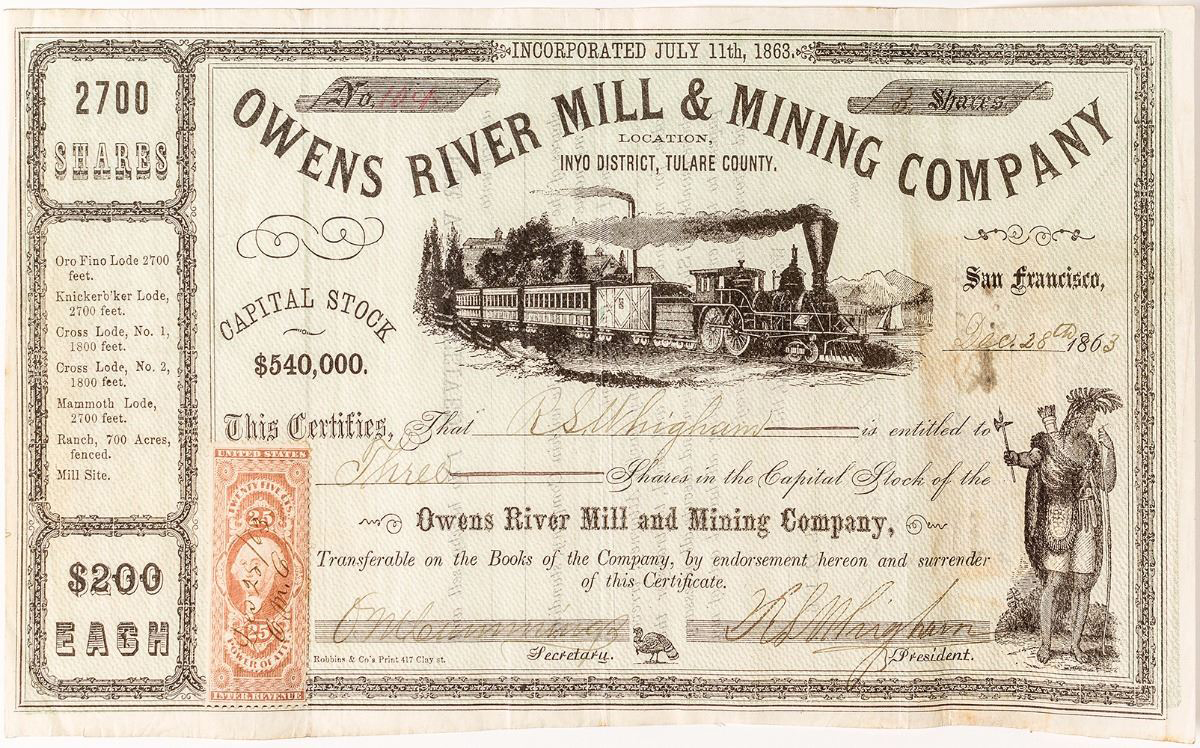 The study of the world’s first mines is incredibly interesting. Studying the sources of gold for the jewelry of the Pharaohs of Egypt, the Minoans of the Mediterranean region, the Irish ancients who made gold collars, or the sources of jade worldwide can take on a life of its own. I know – this is one of my passions in life. Why and when did mankind around the globe begin the desire for metal or rock, and how and why did we develop that knowledge through time? The list of collectibles here is mainly in museums––where they belong––and form an incredible study unit.

The written history of mining takes on many forms and can create a diverse collection – books, ledgers, documents, photographs, company records, and more. It is a seemingly endless category of collecting that is incredibly educational.

Mining “Rushes” occurred at every major discovery. The rushes were the result of mankind’s search for instant wealth. The struggles of an impoverished working class led them to hope … the eternal positive thought process. That doesn’t mean these rushes all resulted in major discoveries. Many collectors collect by regions, most of which had some form of a rush. America’s first gold rush took place in the Appalachians, circa 1828-1838. Colorado had a gold rush circa 1858-1863. Idaho had one in the Boise Basin about 1865-1865. Australia had a gold rush in the 1850s. A modern rush ensued in the western U.S. after 1900 when massive deposits of gold and silver were found at Tonopah and Goldfield, Nevada. These are just a few examples.

The development of mining finance through time is like the study of money. Mankind developed a system of public investment, now called “stocks.” These markets developed at first on a regional basis, then on national and international bases. The collecting of mining stocks worldwide is a big field. A related field of collecting mining checks is also strong. 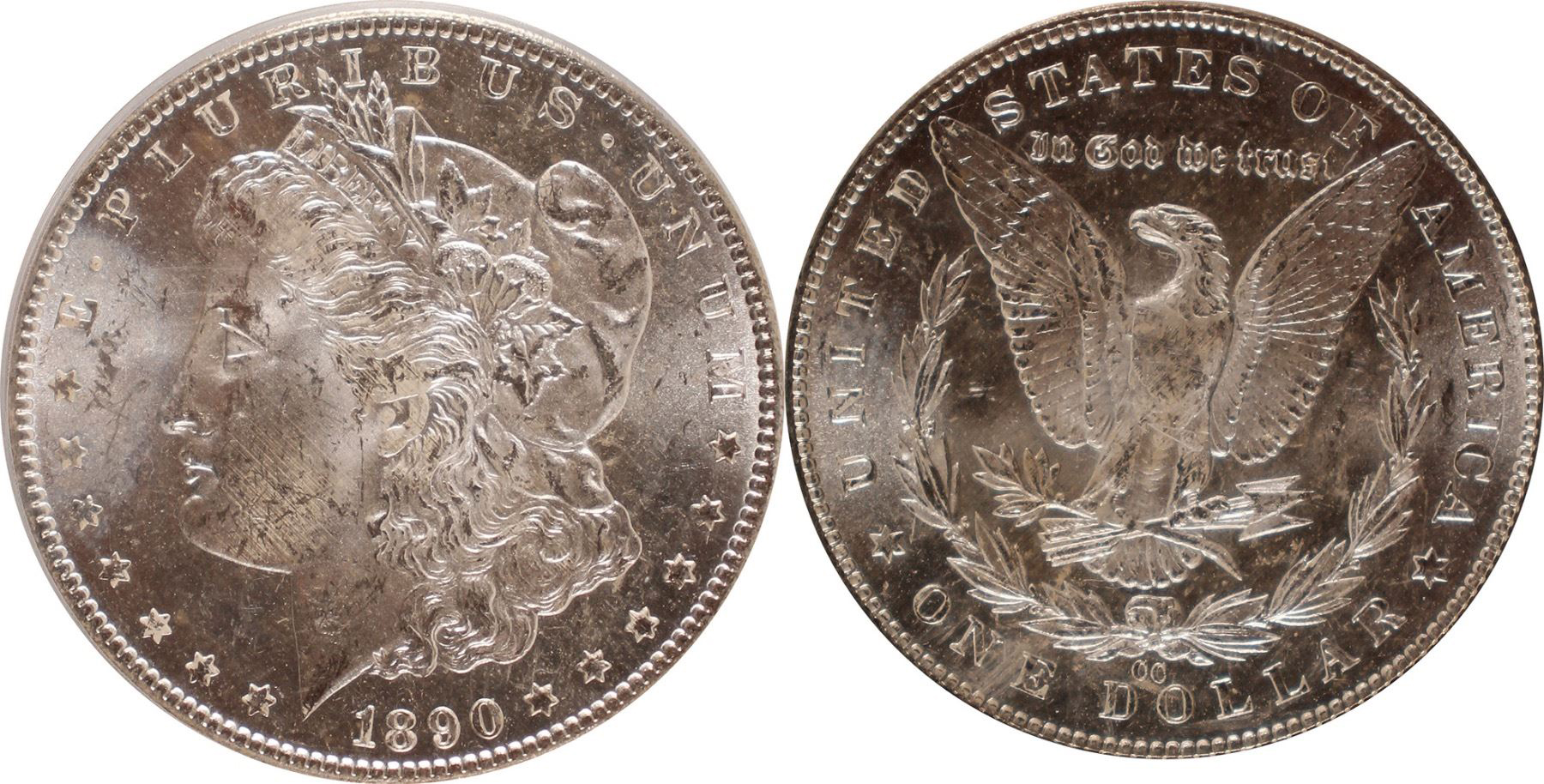 The rocks from mines around the world are very collectible. They come in many forms, from the fancy and colorful mineral specimens to ore specimens from some of the richest mines in the world. Native metal specimens are considered a premium item, especially gold, whether in crystalline form or nuggets (the product of erosion).

The metal products from mines are essentially the most highly collected category in the world. The largest subsection is coins. In the U.S., we have privately minted coins and tokens––all legitimate forms of money at one time––all made for a purpose, particularly when there was no Federal money circulating in the early years of a mining camp. Another important collecting category is ingots. These are in the form of historical ingots to modern ingots of several categories. 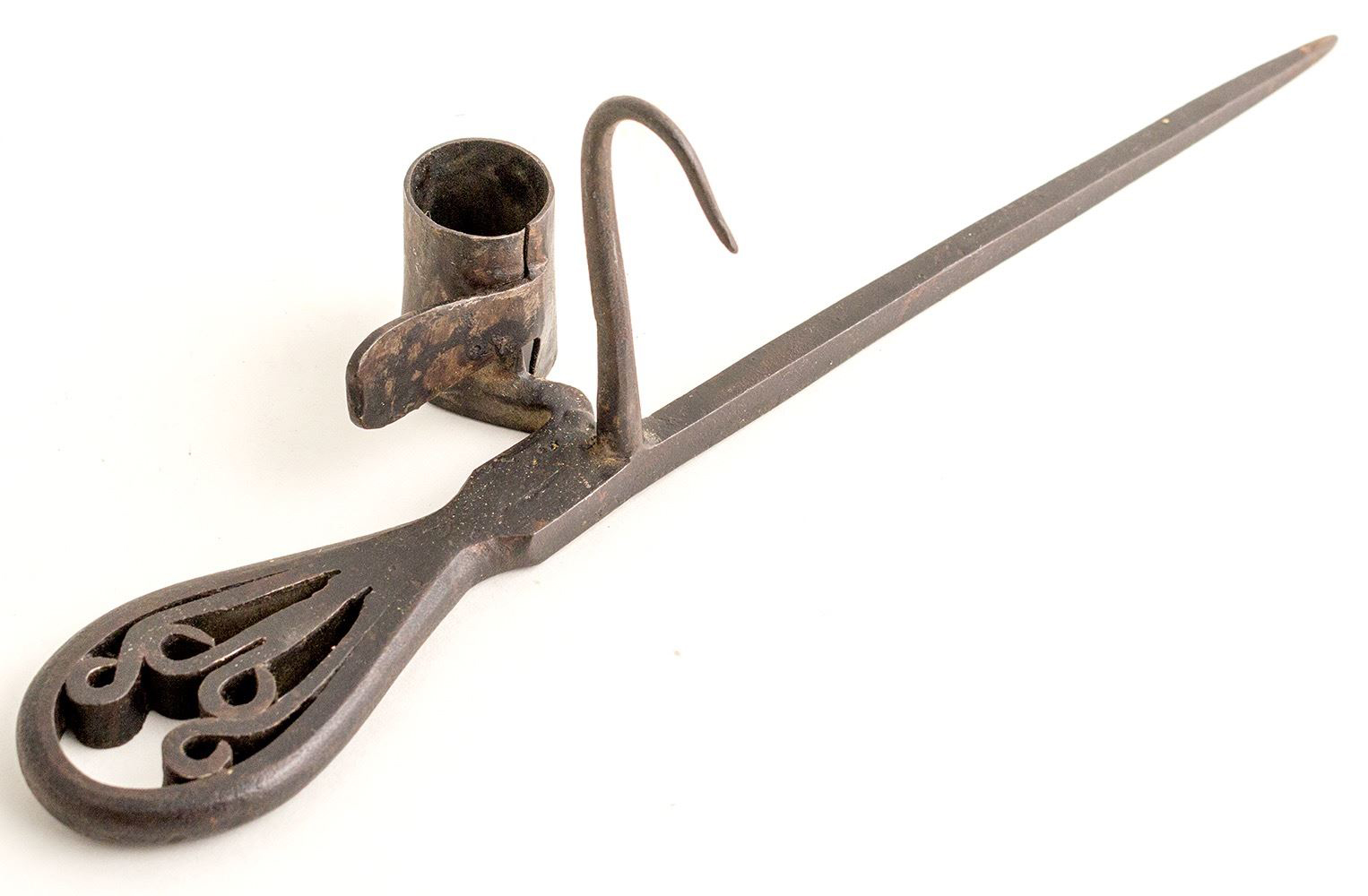 This major category is so large it can encompass everything from production equipment (such as ore cars, ore buckets, hoist cages and more) to small mining equipment devices (such as a scintillometer or Geiger counter). Underground gas detectors are also a huge collectible area, the first of which were developed for coal mines in the UK just after 1800. There are collectors for every phase of this category –– pressure gauges, “black box” gold detectors, etc. Some of the largest collectors of mining equipment today are public amusement parks such as Disneyland and Knott’s Berry Farm.

The development of underground mine lighting is a fascinating story parallel to the study of Edison himself. Mankind started with the use of torches, then candles, and then candles with iron or wood holders. Mechanical devices soon came on the scene such as carbide lights. The development of electricity rendered a plethora of new lighting inventions for underground use.

Mankind had to figure out how to get the metal out of the rocks. Crushers were developed over thousands of years. Other inventions were made to sift through metals, such as a simple sluice box or a gold pan. Miners soon learned cyanide could render special metals into aqueous form and we found a way to extract it out of solution. All of these things developed over millennia, resulting in the many inventions, devices, and machinery associated with mining becoming collectible today.

The assaying category has always been popular. This is the category and science where we measure the content of specific metals, thereby determining the monetary value. Assaying equipment, reporting forms from specific mines, equipment catalogs, and more are all desirable to collectors.

This special category is also interesting to study. Historically, bullion was a form of money. It was traded, melted, and retraded for thousands of years.
The collection of ancient bullion is difficult, as most items are in museums. But the business changed again in modern times. It became the basis for international wealth and the sole product from which many countries based their currency value. Today, we have international bullion markets. These markets changed the ways they were historically protected. Enter today’s counterfeiters, who use high-density tungsten as a replacement in modern gold bars. Some of the gold bullion flowing from California Mines in the 1850s went straight to New York and the U.S. Mint. Other gold bullion was purchased by foreign entities and shipped overseas to fortify international coffers.

Mining around the world developed regionally. In each of these regions, specific customs developed and evolved. Costumes, accouterments, and personal mining equipment all make wonderful collectibles. Mining celebrations––often in the form of fairs or exhibitions––offer demonstrations of the equipment and often feature some for sale. One such western demonstration was a single or double jack drilling contest. 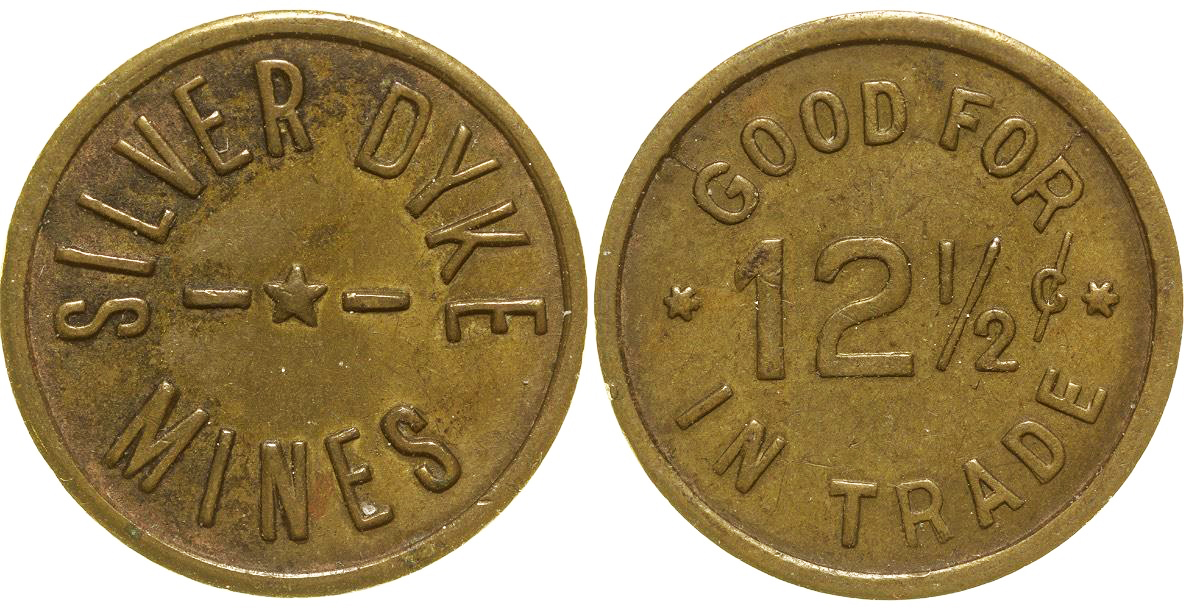 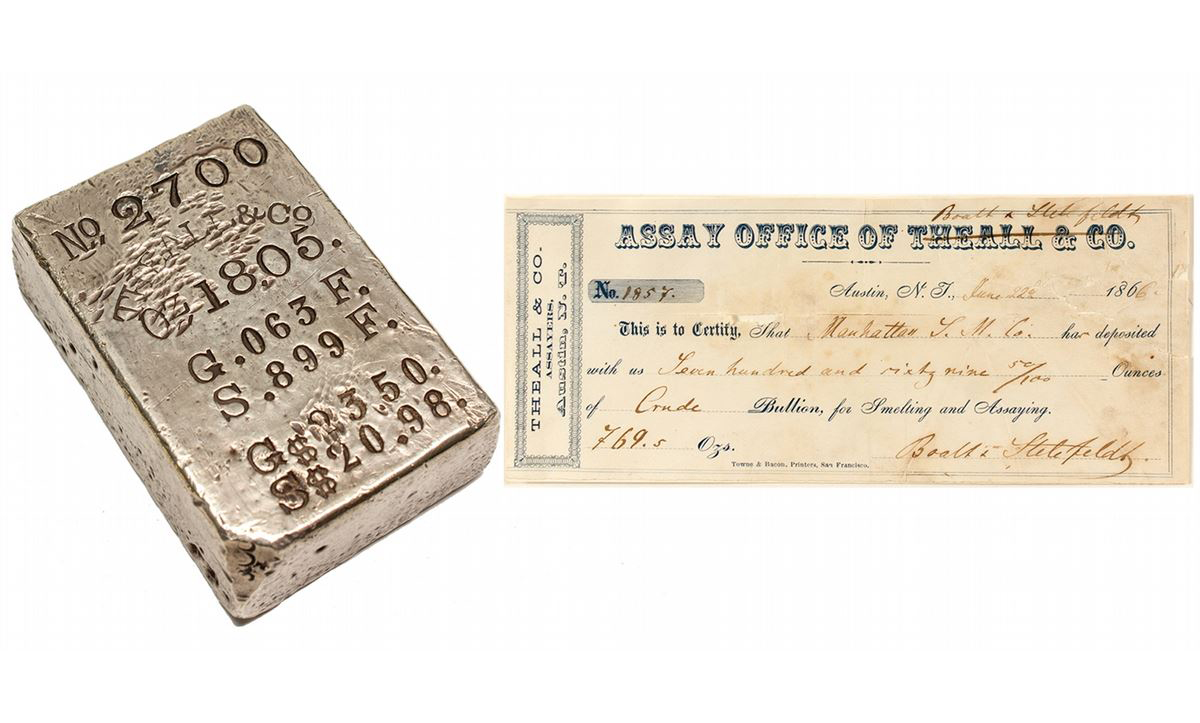 Labor unions were formed worldwide with a specific purpose to improve mining conditions, get better pay, and to have protection against injury or sickness. The study of this involves misuse of the basic concepts, just as it would in any political organization. The regular clothing miners wore is also collectible. This is a different category than the “uniform” or special costume used by miners – particularly in Europe, which would fall into the “customs” category above.

News of discoveries of mines was crucial to the economy. It resulted in an influx of both investment money and manpower. It also became a forum for technical discussion, which was essential for the advancement of the science of ore deposit geology and minerals processing. The publications generally began with the California Gold Rush and multiplied every decade as transportation and communication around the world advanced and improved. Printed news later evolved into private newsletters touting a specific region or mine.

Mines were generally found away from any populace. Itinerant communities soon formed as a basis for workers to share food and supplies. These developed into mining camps, and more rarely, later into cities. Many collectors collect items from their favorite mining camp or region.
Fred N. Holabird is a mining geologist with more than 45 years of experience. He has managed two open-pit mines, four major mine or mill cleanups, consults on gold treasures around the world, and also owns Holabird’s Western Americana Collections, LLC. 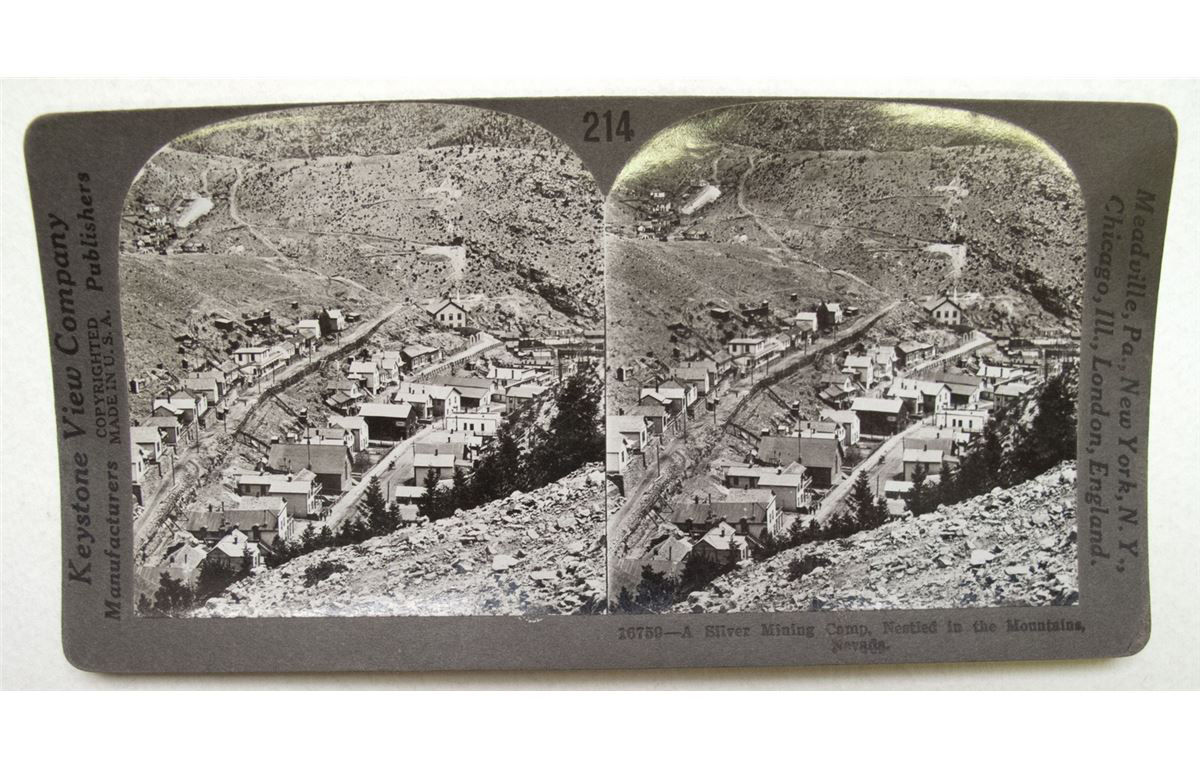