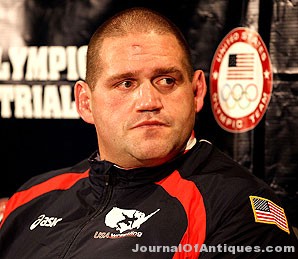 Former Olympic gold medal wrestler Rulon Gardner, 41, has filed for bankruptcy at a federal court in Salt Lake City, where records show creditors hold about $2.934 million in claims against him. To help satisfy some of those claims, Gardner planned to hold an auction October 27 that was to feature a Harley Davidson motorcycle, an Athens Olympic team ring and a large collection of watches and knives (but not his Olympic gold medal, which he claims was stolen). Gardner survived a plane crash and lost a toe to frostbite.