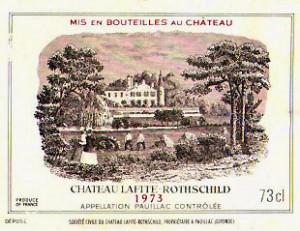 When the electricity went off at Brennan’s Restaurant in New Orleans during Hurricane Katrina, it was the beginning of the end for one of the largest wine collections in the world. The wine cellar at Brennan’s, normally kept at 58 degrees year-round, broiled in the post-Katrina heat, reaching 120 degrees and turning the wine to vinegar. Since 1983, Brennan’s wine cellar has been a Wine Spectator magazine Grand Award winner as one of the top 85 wine cellars in the world.
The bottles included an 1870 Lafite Rothschild and various Chateau Moutons and Chateau Margaux — comprising a collection that took 35 years to build. It belongs to Jimmy Brennan who, along with brother Ted, owns the restaurant. Such fine wines carried enormous price tags once, but no more. Ted joked they’re more suitable for salads now. The wine cellar covers two floors in what was once the carriage house of the 1795 mansion-turned-restaurant, in the city’s French Quarter.
[amazon_carousel widget_type=”SearchAndAdd” width=”550″ height=”200″ title=”More on Wine collecting:” market_place=”US” shuffle_products=”False” show_border=”False” keywords=”Wine collecting” browse_node=”” search_index=”Books” /]