Ken’s Korner: Kirby Puckett’s death brings spike in memorabilia – The Journal of Antiques and Collectibles – May 2006 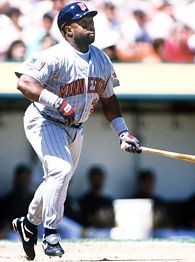 Whenever someone famous dies, the value of their signature and memorabilia often sees a sharp spike in value. Case in point: Kirby Puckett, the Minnesota Twins’ Hall of Fame baseball player, who died in early March after a massive stroke, at age 45. Before his death, a baseball signed by Puckett might have brought $50 or $75. Now, it is priced as high as $250. His 1985 rookie card was selling for around $4 before the stroke. Now, that same card is selling in the high teens or low 20’s.
If Puckett signed the card — say, his 2003 Sweet Spots Classics Signature Blue Ink trading card — the value soared virtually overnight from $40 to $150+. It’s a sensitive issue for sports memorabilia dealers, deciding how much to capitalize on the passing of a beloved athlete without seeming crass or mercenary. Some dealers, frankly, will ride it for all they can. Their thinking often is, “It’s a shame he died, but now that he’s gone he’ll never be able to sign another baseball ever again.”
[amazon_carousel widget_type=”SearchAndAdd” width=”550″ height=”200″ title=”Kirby Puckett books and collectibles:” market_place=”US” shuffle_products=”False” show_border=”False” keywords=”Kirby Puckett” browse_node=”” search_index=”All” /]