Ken’s Korner: Memorial is planned for slaves who built Capitol – The Journal of Antiques and Collectibles – May 2006 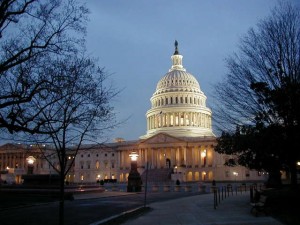 Slaves helped build much of the building and grounds of Congress in Washington, D.C., from the late 1700s until the mid-1800s. Their owners earned just $5 per month for their efforts. Now, a task force is planning a permanent memorial to the hundreds of slaves who helped build the Capitol. The final cost and form of the memorial is still being worked out. It could be a site on the Capitol grounds or a living memorial, such as an annual traditional African ceremony to honor the slaves.
Slavery in Washington was different from slavery in the rural South. Households had smaller groups of slaves — eight or nine — and the men and women often were skilled artisans. Owners hired out their slaves to earn extra money. In the late 1700s, when a federal commission began planning to build the Capitol, it hired slaves to work alongside free black and white workers. The idea was to keep free workers from complaining about their conditions by bringing in competition.