The 550-lot auction was held in the firm’s gallery at 74 Merrick Road in Lynbrook, New York.
LYNBROOK, N.Y. – A gorgeous 81-piece Tiffany & Company china set in the Cirque Chinois pattern sold for $16,675 at an auction held June 15th by Philip Weiss Auctions, in the firm’s gallery located at 74 Merrick Road in Lynbrook. The set was the top achiever in a 550-lot sale that grossed around $350,000 and featured an eclectic mix of merchandise in many categories.
Offered were original illustrations and paintings by the renowned science fiction artist Chesley Bonestell (Am., 1888-1986), original cover art from the legendary comic book artist Joe Kubert (Am., 1926-2012), rare and highly desirable Disney production cels, ocean liner memorabilia, a collection of carved Black Forest bear hall trees, and terracotta and Majolica blackamoor statues.
The Tiffany china set wowed bidders with its visual appeal and the fact that it was French private stock (Le Tallec) in fine condition. The set comprised eleven 10-inch dinner plates, 21 salad (or dessert) plates, 14 soup bowls, twelve bread and butter plates, eleven double-handled cream soup bowls, and a dozen 7-inch cream soup bowl saucers. The set was estimated at $12,500-$25,000.
Between 30 and 40 people attended the auction in person, while an impressive 1,400 bidders registered to participate online, via LiveAuctioneers.com and Proxibid.com. Another 100 or so submitted phone or left bids. “The internet continues to drive the success of our auctions,” said Philip Weiss of Philip Weiss Auctions. “People enjoy the luxury of being able to bid online.”
Following are additional highlights from the auction. All prices quoted include the buyer’s premium of either 15 percent or 20 percent, depending on how the winning bid was placed.
Joe Kubert’s original comic book art for Battle Classics #3 (DC Comics, Jan./Feb. 1979), a series that was cancelled after the first issue was published, signed by the artist and in near mint condition, brought $8,360; while Mr. Kubert’s original cover at for Mystery in Space #111 (DC Comics, Sept. 1980), also signed and in excellent condition, 17 inches by 12 inches, hit $6,038.
An original oil on board sci-fi painting by Chesley Bonestell, titled Rhea, Saturn & Spacecraft, with two exhibition labels on the back, measuring 14 ½ inches by 17 inches and signed lower left, went for $7,475; and a multi-cel production set-up on Courvoisier wood veneer background from the Disney classic film Pinocchio, showing Pinocchio, Gepetto and Figaro, made $5,100.
A surprise lot of the sale was a group of 10 cat prints by the Japanese artist Leonard Foujita (1886-1968), each one signed and dated in the plate and marked “Made in France.” The lot went for $11,212. Also, a four-foot-long multi-figure bronze by Richard MacDonald (Am., b. 1946), titled Anatomy of a Golf Swing and made for the 100th playing of the US Open, rose to $9,900.
A Regina Hexaphone coin-operated phonograph machine with six-disc selective changer, housed in an oak case with a lift-up front above a wooden speaker, and with a hand-crank mechanism, 48 ½ inches tall, earned 5,951 despite the fact that it wasn’t working; while a Mills ‘Play Ball’ 5-cent slot machine in working condition (but showing some wear), including key, fetched $4,485.
Original artwork for a 1967 head shop poster by artist Rick Griffin (“Mine Eyes Have Seen the Glory”), depicting the Caterpillar from Alice in Wonderland with a hookah, plus a color first printing of the poster, breezed to $6,325. Also, a lot of four Marconigrams sent from on board the RMS Carpathia (the rescue ship for the Titanic), all dated mid-April 1912, brought $3,565.
Philip Weiss Auctions’ next big sale will be held Wednesday, July 13th, also in the Lynbrook gallery. Offered will be approximately 700 lots of toys, trains, die-cast, toy soldiers and dolls. Included will be a large amount of transportation-related toys, featuring Part 4 of the Maryland Pressed Steel Collection, with boxed 1950s and ‘60s Tonka, Structo, Buddy L and many others.
Also featured will be a large selection of die-cast vehicles, including boxed and loose Corgi, Dinky, Matchbox and others. Cast-iron transportation toys, battery-ops and tin lithographed toys will also be sold, including a nice selection of Japanese toy airplanes and helicopters. There will also be another installment of the Sy Merrall airplane collection (Barclay, Manoil, Hubley, etc.).
A great selection of trains will include more of the Pennsylvania Hoard, with loads of mint-in-the-box 1950s and ‘60s Lionel trains and accessories, MTH, Williams, Sunset Models, LGB and more. Toy soldiers will include boxed sets and tray lots loaded with dime-store figures, Britains, Mignots and higher-end modern makers. The collectible dolls will feature Bisque, Barbie and Friends, Schoenhut, figures, animals and more, plus many doll-related accessories and clothing.
Philip Weiss Auctions is always accepting quality consignments for future auctions. To consign an item, estate or a collection, you may call them at (516) 594-0731; or, you can send an e-mail to Philip Weiss at Phil@WeissAuctions.com. For more information about Philip Weiss Auctions and the upcoming July 13th auction, visit www.WeissAuctions.com. Updates are posted frequently. 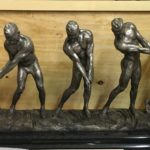 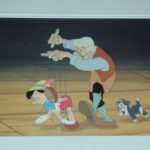 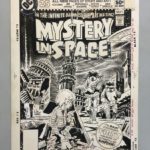 Cottone Auctions to Celebrate 30 Years in the Auction Business