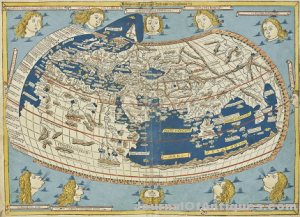 A map of the world by cartographer Claudius Ptolemy, dated July 16, 1482, sold for $317,000 at a sale of rare maps from Kenneth Nebenzahl, Inc., held April 1 by Christie’s in New York City. It was a new world auction record for this Ptolemaic map. Also, a 1652 map by the Dutch cartographer Claes Janszoon Visscher (1587-1652) chalked up $13,750; and a circa-1755 map by Henry Popple, titled A Map of the British Empire in America With the French, Spanish and Dutch Settlements, hammered for $12,500. Prices include a 20 percent buyer’s premium.