Caren Archive II: How History Unfolds on Paper on April 11
NEW YORK—Coinciding with the current U.S. Presidential election season, Bonhams New York announces Treasures from the Caren Archive II: How History Unfolds on Paper, a monumental auction on April 11 featuring important rarities from U.S. Presidential history—of special interest for new and established collectors looking to take home a revered piece of history.
Auction headliners include George Washington’s Journal (estimated at U.S. $60,000-90,000)—the second printing of this critical document leading to the French & Indian War and one of the rarest items relating to the Father of our Country. This 1754 printing is, most likely, the only American copy of the work remaining in private hands. It was published in The Maryland Gazette, March 21-28, 1754, just two months after the 22-year old Major returned from the Ohio Country with news of French insolence.
The more than 300 lots come to Bonhams from scholar and collector Eric C. Caren, who has amassed the largest private collection of historical paper in the United States. Known as the “Babe Ruth of historical collecting,” he is the author of 12 books, including co-author of The Civil War, 1861-1865 (Smithsonian Headliner Series, 2004). Part of Caren’s collection is represented in the Newseum, a distinguished institution in Washington, D.C. 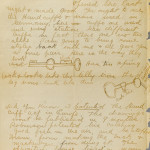 Among the auction highlights are Alexander Hamilton’s Report on Public Credit and the establishment of the Bank of New York; a “wanted” poster for Jefferson Davis, ex-President of the Confederacy; an 1802 newspaper with an article about the Jefferson and Sally Hemings scandal; a very rare satirical card of Belva Lockwood, who in 1884 was the second woman to run for President.
The Caren Archive acts as a “life blood of history,” said Bonhams Fine Books and Manuscripts Director Christina Geiger.
“The most special aspect of collecting historical documents and newspapers is that sense of immediacy, messiness, mistakes and excitement they offer—understanding what it was like to live in those times,” Caren said. “Some problems were the same and some shockingly different. History is written by the victors in books, but real history is shaped by everyone in letters, protest posters, newspapers and personal records. And, that’s what we have here – ‘old news’ – it’s very democratic.” 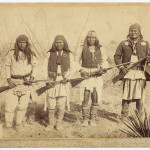