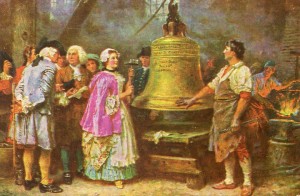 The iconic Liberty Bell in Philadelphia, an enduring symbol of American freedom dating to the colonial era, is getting a wax job. A group of preservation experts is coating the inside of the artifact to protect it from environmental pollutants and tourists’ fingerprints. A layer of microcrystalline wax was applied to the bell’s interior (which is more prone to damage than the outside, because of trapped airborne contaminants and stagnant air). Still, the outside has gotten coated over the years, too. The Liberty Bell weighs 2,080 pounds.