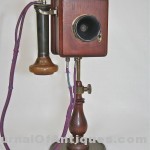 It’s been called the most valuable patent ever issued. U.S. patent # 174,465 was issued to Alexander Graham Bell on March 7, 1876, for his invention of the telephone. In 1976, exactly 100 years later, AT&T, parent of Bell Telephone, stood as the richest company on earth. 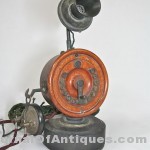 In addition to being the most valuable patent ever issued, many would argue today that the telephone is the greatest invention of all time. Most of us are reading this with a telephone in the other hand or at least within reach. Some may even be reading this ON their telephone! One thing is certain, it goes everywhere we go. We have become inseparable. 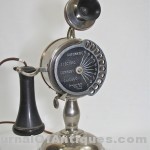 The older you are the more telephone memories you have, but I am betting that you have never heard the story you are about to read, nor have you seen the beautiful telephones you will see throughout this article. Building the finest collection of upright “candlestick” telephones required a lesson in history that, for me, uncovered one of the most fascinating stories ever told. 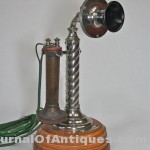 The entire front page of the November 24, 1894 issue of Scientific American magazine was devoted to the Columbia Telephone Manufacturing Company and the introduction of their new telephones.
Why was that big news? Because Alexander Graham Bell’s second fundamental patent for the telephone had expired earlier in 1894, opening the door to competition. 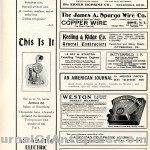 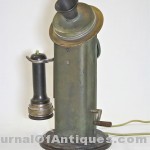 During this remarkable chapter in history, over $500,000,000 of capital stock was authorized across America to finance and launch telephone companies and their explosion of giddy optimism about this great new invention, the telephone. 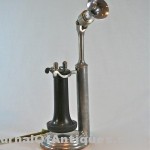 But the end came swiftly. Fortunes were lost. Reputations were destroyed. And competition came to an end. By 1910 almost every independent telephone company had succumbed to what would become the greatest, most sustained monopoly in U.S. history, the Bell/AT&T monopoly, which would grow to control 83% of all U.S. telephones. 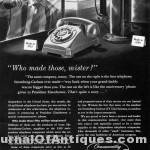 The inevitable outcome may have been best predicted in a January 1897 interview with Electrical Engineering magazine, when Mr. A.K. Rodgers, former President of Topeka Harrison Telephone Company, Topeka, Kansas, said:
“…the telephone is a natural monopoly, and competition does not bring the desired results either in a lessened price or in the quality of service. This is true because the telephone is of value to an exchange subscriber in proportion to the number of persons that he can reach by its use, and any division of the telephone subscribers in a city renders the divided service less desirable and therefore less valuable than when all can be reached by one system.”
He was proven correct. And almost as quickly as serious competition in the telephone business began, it ended. Left behind were only a handful of precious examples of the most beautiful telephones ever produced by companies who dreamed of building the finest telephones in America. 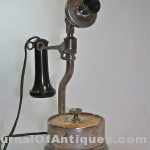 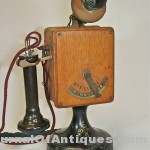 Most adults today fondly recall dial telephones, party lines and switch boards; heavy wooden wall phones and pink princess phones; busy signals and expensive long distance charges. After my long drive to college I used to call home collect. My parents would refuse to accept the charges, but it was our signal that I had arrived safely.
In homes with teenagers, sharing the single telephone line was more of a competition than a convenience. Privacy and uninterrupted talking time were precious commodities.
I still remember my childhood phone number…walnut 3–8705. Walnut stood for W A which stood for 9 2. My second childhood number (we moved) was axminister 2–2323. Axminister stood for A X which stood for 2 9. I never knew who came up with those pre-fix names, or who decided to assign letters to each number on the dial, but I’m betting anyone over 50 will remember them as I do. 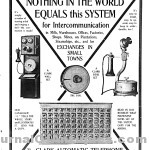 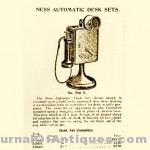 Do you also remember that we never owned our own telephones? We only leased them. The telephones were property of Bell Telephone. They were manufactured by Western Electric Company, which was owned by, you guessed it, Bell Telephone, the same company that provided the only local and long distance service. At the time, we never really thought about it, but looking back, you’ve got to admit, Bell had a pretty good thing going for a long, long time.
Early on, after the monopoly was firmly entrenched, Bell introduced their first dial telephone (a candlestick) in 1919. Their first desk top cradle phone was launched in 1926. It wasn’t until 1953 that the basic black Bell cradle phone first became available in a limited number of colors. Finally, in 1984, the U.S. government forced the break-up of the Bell System monopoly, encouraging competition.
Obviously recent competition and technology have completely changed the telephone business. There have been more telephone advances in the past 10 years than there were in the first 125.
The very first consumer telephones were heavy wooden wall mounted hand cranked phones. That changed in 1892 when Bell introduced the first upright desk top telephone called “desk set” or “candlestick.” This was a significant improvement over the wooden wall models and Bell understood the need for innovation because this was now less than two years before his telephone patents were set to expire, opening the door to competition. 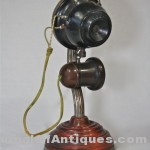 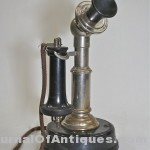 In 1894 when the competitive floodgates opened, the upright candlestick desk set was the new popular telephone of choice. Naturally, manufacturers were busy designing and producing what they each hoped would be more beautiful and functional than the telephones from any other provider.
After all, isn’t that what free enterprise is supposed to encourage? This competitive period produced the most amazing designs in nickel plated brass, bronze, steel, cast iron, hand turned wood, fluted shafts, rope shafts, potbellies, pencil shafts and almost every imaginable design that could hold a transmitter and a receiver.
Independent telephone companies across the country offered all of these new instruments for sale and for a short time, independent competition appeared to be working. By 1903, independent telephones numbered 2,000,000 while Bell managed 1,278,000. 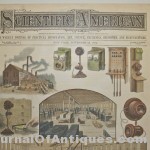 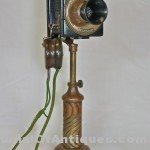 But consumers quickly discovered that most communities were wired with Bell Telephones and non-Bell Telephones could not be used on the Bell System. Because Bell had such a huge head start building its wired nationwide infrastructure (with the help of an agreement with Western Union), consumers everywhere grew increasingly reluctant to purchase non-Bell equipment for fear that it would isolate them from everyone else on the Bell System.
It was only a matter of time before independent telephone companies began to fail. In fact, over the next few years, most of them did fail. Bell also acquired dozens of competitive independent companies when it proved advantageous to feed the monopoly, and when it did, Western Electric telephones replaced whatever telephones were being used at the time. It was not uncommon for Bell to acquire a competitor, pile up all of their telephone equipment in the middle of the street and burn it.
It is no wonder that so very few of these historic telephones exist today, but this story and more than 250 candlestick telephones in the collection provide evidence that the most competitive chapter in the history of the telephone really did exist. 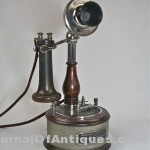 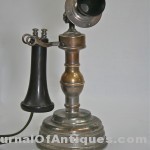 To make my point, please look at the upright telephone in the full page Columbia story from 1894. Today, only one original Columbia desk set is known to exist, and it resides in this collection. It is one of the most beautiful telephones I have ever seen.
My passion is to build the finest collection in the world by acquiring and protecting as many of these special upright telephones as I can find, and to share the story of how the telephone began. Like all collectors, I think of it as a treasure hunt and when I come across a unique original candlestick that is not already in the collection, it can become an obsession that requires more patience than I am able to muster at times. 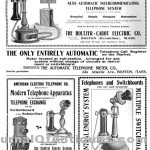 I know I will never own them all and I also know that there are dozens of candlesticks that I know about today but don’t own and dozens more that will come out of nowhere when I least expect it. And that is exactly why we all love collecting. 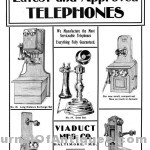 There are two fine telephone collectors clubs in the U.S. (Antique Telephone Collectors Association and Telephone Collectors International) with several thousand members who are all passionate collectors of telephone history. Many of the collectors I know were former phone company employees and they seem to prefer Western Electric made Bell Telephones. Of course, the Bell/AT&T monopoly covered most of the first 110 years of the telephone, so almost all of the history out there is dominated by Western Electric made Bell Telephones. 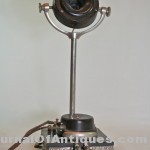 I have several early Bell candlesticks, including model No. 2, one of the earliest known examples of Bell’s first generation candlestick from 1892. It is the only one known to exist in a private collection. As I mentioned earlier, Bell knew that competition was imminent when he introduced his first upright desk top telephone to the world in 1892. This is one of Bell’s most beautiful telephones in my opinion. It is fascinating to see how the threat of competition resulted in such a beautiful design. Conversely, once competition vanished, so did the urgency to invest in style and functionality.
Maybe that is the strongest message of all. Competition really does breed innovation, in both form and function. We see it today in the highly competitive world of the smart phone, and you can see it in these special candlestick telephones from 1894 to 1910 when free enterprise in America produced some of the most beautiful telephones ever made. 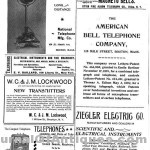 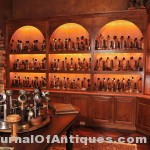 And the only evidence we have of that historically significant window in American history are the few remaining upright telephones residing in this collection and others, and those buried in attics and basements yet to be found.
More of Pete’s collection can be seen at oldtelephones.com

One thought on “Collecting the World’s Rarest Telephones”