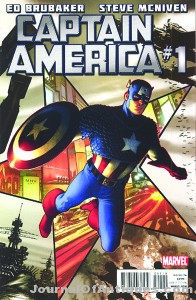 It happens in movies, television and cartoons. And it definitely happens in comic books. Someone in those respective businesses takes a look at their older properties – maybe they’re still current or maybe they’ve long since gone dormant – and they decide now is the time to freshen things up and get people excited about it.
A lot of times it works. Sometimes it turns out like Johnny Depp’s turn in The Lone Ranger. Either way, the phrase of the day is “reboot.”

The most recent large scale reboot in the world of comics was DC Comics’ “New 52”  initiative, which updated a large number of their characters in a coordinated relaunch. It attracted a lot of attention.
But truth be told, this is no different in concept than when Stan Lee and his “House of Ideas” created the “Marvel Age of Comics,” or when DC editor Julie Schwartz heralded the Silver Age by rebooting the Golden Age incarnations of DC’s top superheroes.
The excitement of DC’s then-new Flash and Green Lantern in the dawn of the Silver Age led to a wholesale revival of the company’s superhero line. Even the company’s premiere super-team, the Justice League of America, was a modernization of the first superhero team, the Justice Society of America.
Marvel, for its part, sometimes used only the names of the characters, seeing the Golden Age android Human Torch replaced by the young Johnny Storm Human Torch in the pages of Fantastic Four #1. Not too many years after that, the names Vision and Black Widow resurfaced at Marvel with little relation to the originals.
When the character Captain America was revived in Avengers #4 and when the Sub-Mariner appeared in Fantastic Four #4, they were not new versions of the characters but instead were the originals. The story of Captain America’s disappearance and his sidekick Bucky’s demise at the end of World War II, though, did in fact create the need for a substantial retro-continuity change since in the real world Cap’s adventures had continued through the end of the war and even experienced a strange, brief revival in the 1950s. It took many twists and turns over more than a decade of real time to fill in the continuity gaps and explain what had happened. The Sub-Mariner’s youth and vitality decades later was an easier explanation. As a human-Atlantean hybrid, a mutant, he had a longer lifespan as well as incredible power. 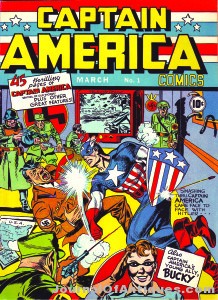