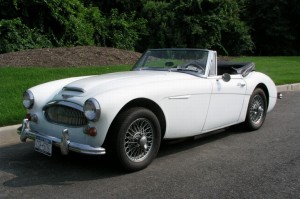 Even 40-plus years after his 1967 Austin Healy was stolen from his Philadelphia home in 1970, California resident Robert Russell never gave up hope he’d one day be reunited with the sports car. He’d periodically scour the Internet for it, to no avail. But his patience and persistence paid off when he spotted the car for sale by a Los Angeles car dealership on eBay. Russell notified the police of his discovery and made the trip to get his long lost vehicle (for which he paid a friend $3,000 in 1970 but is now worth $23,000).