Ken’s Korner: Katrina MRE meals turning up on eBay – The Journal of Antiques and Collectibles – May 2006 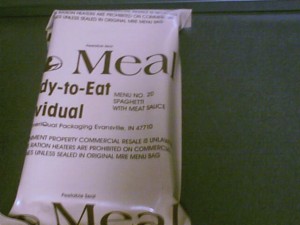 Emergency military rations intended for victims of Hurricane Katrina have turned up for sale on eBay, a Congressional investigation has revealed. Scores of cases of Meals Ready to Eat (or “MREs”) have been offered, for $45 per case. It is illegal to sell military rations. Among the sellers was a sergeant in the National Guard who had been mobilized to Lyman, Miss., for hurricane relief. He claimed he was given the MREs as surplus, but investigators think he may have stolen them.