Ken’s Korner: Trove of autographs turns up in Vermont – The Journal of Antiques and Collectibles – February 2006 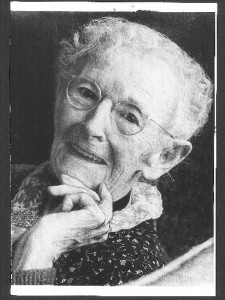 Last year, a treasure trove of letters, calling cards, post cards and autographs by the likes of Salvador Dali, Paul Klee, Paul Cezanne, Grandma Moses, Ira Gershwin and Johannes Brahms was dumped into the hands of the Vermont state Treasurer’s Office as abandoned property. The state holds $40 million worth of property waiting to be matched to an owner, but this was no ordinary property. It was so unusual, and historically valuable, that the state initiated a hunt to find the owner.
Their efforts were not in vain. With help from a Burlington town clerk and the Internet, the state was able to track down the owner, an out-of-stater who wished to remain anonymous. The scrapbooks had been stored at a bank in Woodstock, Vt., for more than a decade. They were forgotten when the owner moved, then overlooked as the bank entered into a merger. In one of the notes, Grandma Moses (pictured) thanks a friend for a tube of paint, and apologizes for not writing sooner.

On the Road to … Vermont