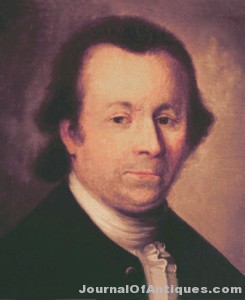 Quick, which signer of the Declaration of Independence is most valued by collectors? John Hancock? Benjamin Franklin? Thomas Jefferson? Try Button Gwinnett, one of Georgia’s founding fathers. Gwinnett’s signature is prized among collectors for two reasons: he was an obscure figure prior to the Declaration’s signing, in 1776, and two months afterward he was killed in a duel with a rival. Only 51 examples of his signature are known to exist. One sold two years ago at Sotheby’s in New York for $722,500.